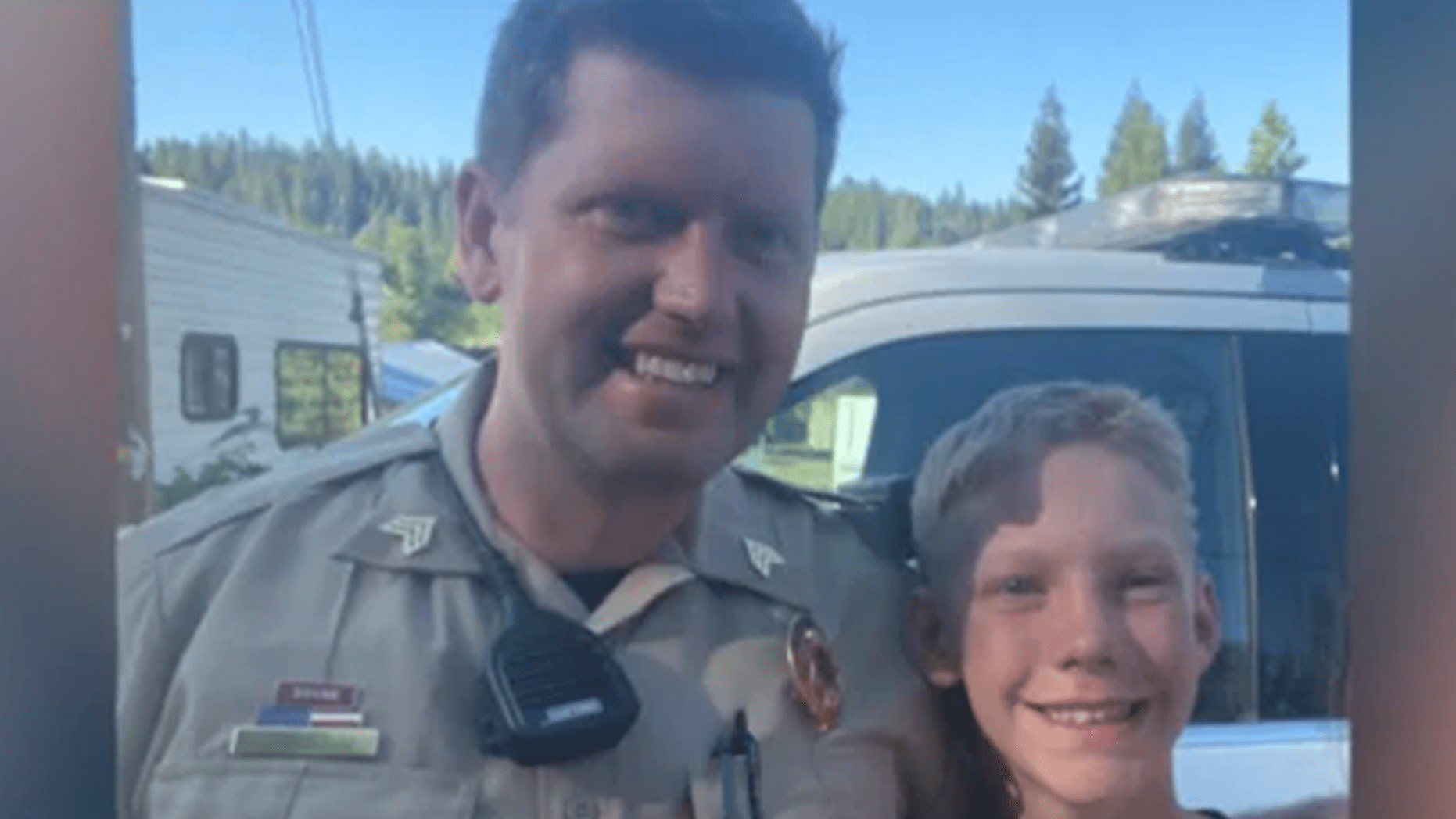 A substitute teacher in California was caught on camera lashing out at a 13-year-old student wearing a pro-police thin blue line face mask, saying it’s the new version of the Confederate flag.

“That’s not the American flag, that’s the new confederacy flag,” the substitute teacher said in the video to a student at Lyman Gilmore Middle School in Grass Valley.

Lucas Lillar, 13, was wearing a thin blue line face mask last Monday in a math class when the “unprovoked” verbal altercation unfolded. His father and stepmother are both in law enforcement and Lillar often wears the face mask.

back the blue, defund the police