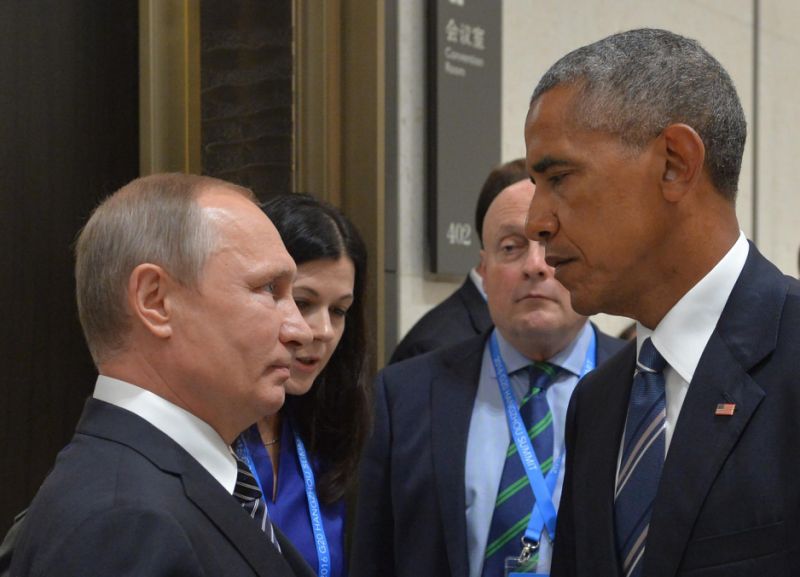 Mr Putin’s direct involvement in the effort to undermine the US election systems was disclosed to former President Barack Obama in August, just months before the election that saw a surprise victory for Mr Trump, according to a Washington Post investigation into the Obama administration’s internal deliberations on how to handle the meddling.

The Russian president had ordered the attacks in order to defeat, or at least damage, Democratic presidential nominee Hillary Clinton. At the time of the attacks — and up until voting day last November — Ms Clinton was seen as a the odds on favourite to be the next president.

Mr Putin has denied allegations that his government was directly involved in the cyber attacks that led to massive leaks of emails and data from Democratic servers. Instead, he has said that “patriotic” Russian hackers may have been involved, but not members of his government.

The story of Russian meddling outlined in the Washington Post, however, indicate that US intelligence agencies became so confident that Mr Putin was behind the attacks that Mr Obama personally warned him against continuing to do so. When confronted, the Russian President denied the accusations, and said that there was no proof.