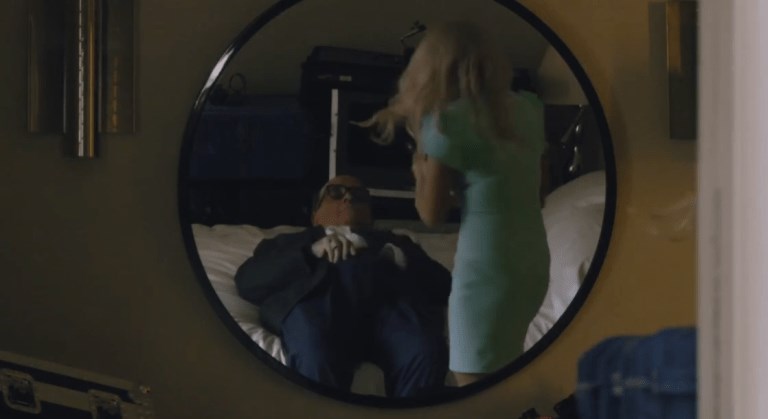 The reputation of Rudy Giuliani could be set for a further blow with the release of highly embarrassing footage in Sacha Baron Cohen’s follow-up to Borat.

In the film, released on Friday, the former New York mayor and current personal attorney to Donald Trump is seen reaching into his trousers and apparently touching his genitals while reclining on a bed in the presence of the actor playing Borat’s daughter, who is posing as a TV journalist.

Following an obsequious interview for a fake conservative news programme, the pair retreat at her suggestion for a drink to the bedroom of a hotel suite, which is rigged with concealed cameras.