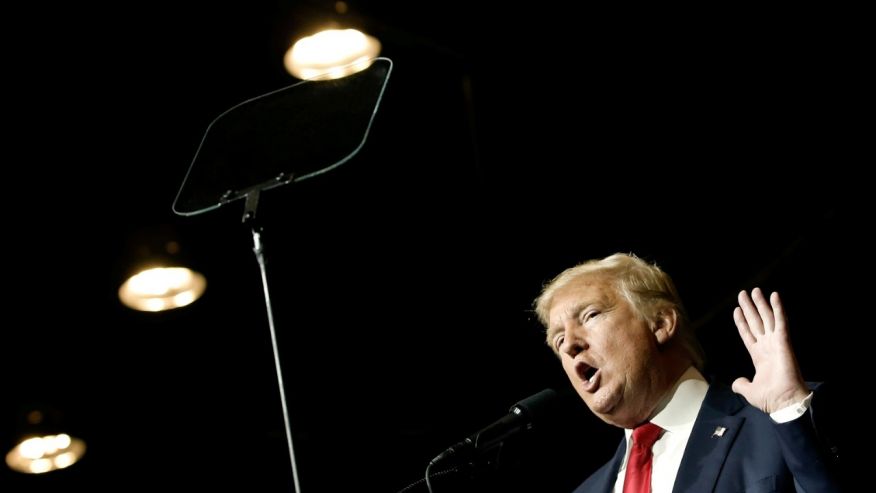 On the heels of defending a damaging 2005 video recording recently released wherein Donald Trump could be heard making lewd comments about his affinity for pursuing women by kissing and groping them, the Republican presidential nominee responded on Thursday to new allegations from five women, including a former reporter for People magazine, who collectively told the aforementioned magazine, The New York Times and the Palm Beach Post that he had sexually assaulted them several years ago.

“For The New York Times to launch a completely false, coordinated character assassination against Mr. Trump on a topic like this is dangerous,” Jason Miller, Trump’s campaign spokesman, said in a statement regarding the new allegations. “To reach back decades in an attempt to smear Mr. Trump trivializes sexual assault, and it sets a new low for where the media is willing to go in its efforts to determine this election.”

Miller was referring to claims from 74-year-old Jessica Leeds, of New York, who told The Times that Trump grabbed her breasts and attempted to put his hand up her skirt without her consent more than 30 years ago in the first class cabin on a flight to New York. Another allegation in The Times’ report, from Rachel Crooks, claims Trump kissed the real estate developer on the mouth in 2005 without her consent, echoing comments from the recording, wherein he said, “I just start kissing them. It’s like a magnet. Just kiss. I don’t even wait.”