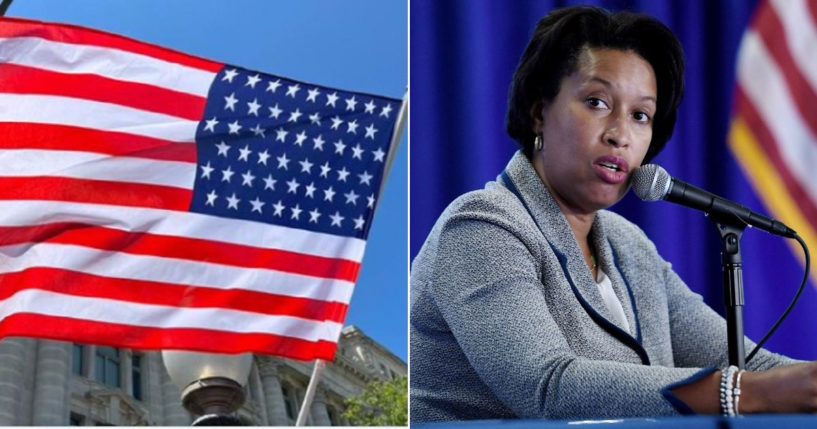 Ahead of today’s observance of Flag Day, Washington, D.C., Mayor Muriel Bowser ordered flags with 51 stars to be raised in the district because “DC’s disenfranchisement is a stain on American democracy – a 220-year-old wrong that demands to be righted.”

In a statement posted to her government website on Monday, the mayor said, “Today, ahead of Flag Day, I directed our team to hang 51-star flags along Pennsylvania Avenue as a reminder to Congress and the nation that the 700,000 tax-paying American citizens living in Washington, DC demand to be recognized.”

Bowser noted that the “DC Admission Act” has been passed by the House and she called on the Senate to act.