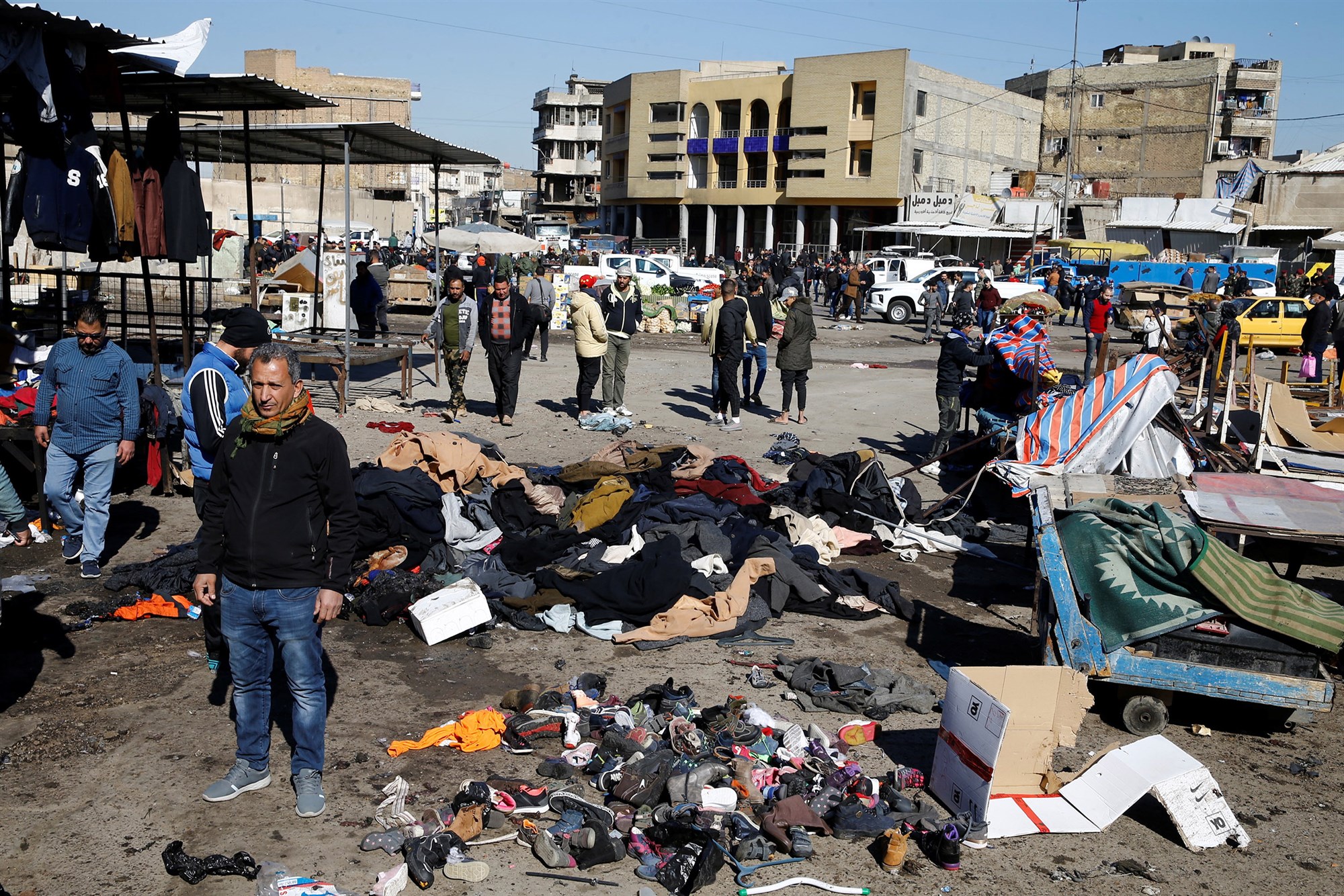 BAGHDAD — Twin suicide bombings ripped through a busy market in the Iraqi capital Thursday, killing at least 28 people and wounding 73 others, officials said.

The rare suicide bombing attack hit the Bab al-Sharqi commercial area in central Baghdad amid heightened political tensions over planned early elections and a severe economic crisis. Blood smeared the floors of the busy market amid piles of clothes and shoes as survivors took stock of the disarray in the aftermath.

No one immediately took responsibility for the attack.