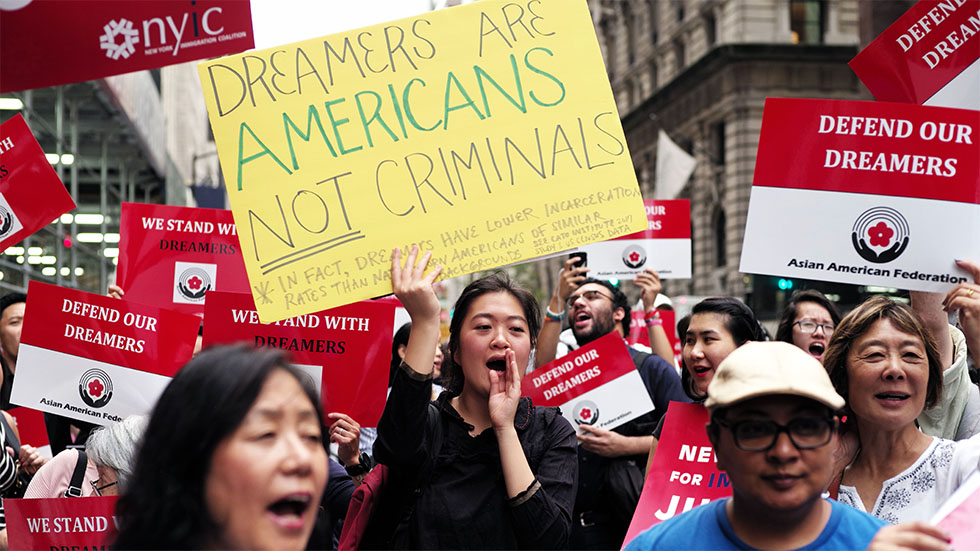 The Supreme Court ruled Thursday against the Trump administration’s effort to end the Obama-era program that offers legal protections to young immigrants brought to the country illegally as children.

The court ruled that the administration’s decision to rescind the Deferred Action on Childhood Arrivals (DACA) program violated the Administrative Procedure Act (APA), which sets out rulemaking procedures for federal agencies.

In a 5-4 decision, with Chief Justice John Roberts joining the liberal members to author the opinion, the court said the Department of Homeland Security’s move to eliminate the program was done in an “arbitrary and capricious” manner although they did not rule on the merits of the program itself.

“We do not decide whether DACA or its rescission are sound policies. ‘The wisdom’ of those decisions ‘is none of our concern,'” Roberts wrote in his opinion. “We address only whether the agency complied with the procedural requirement that it provide a reasoned explanation for its action.”

President Trump quickly reacted to the decision, which came days after an opinion from his own appointee Justice Neil Gorsuch that said employment discrimination based on sexual orientation or gender identity was prohibited under Title VII of the Civil Rights Act.