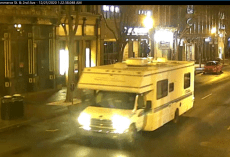 Local and federal authorities are investigating the explosion of a recreational vehicle that broadcast a warning to residents before it blew up in downtown Nashville early Friday. The explosion, which police called an “intentional act,” shattered the Christmas morning quiet in the center of the city’s business district around 6:30 a.m. CT. Tissue was found […] 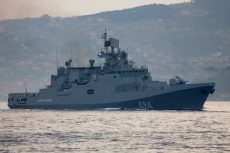 Russia deployed its most advanced Black Sea frigate Friday into the eastern Mediterranean, where U.S. Navy destroyers had launched an airstrike earlier that day against the Moscow-backed Syrian military. As Russian leadership condemned the U.S.’ first intentional attack on the military of Syrian President Bashar al-Assad since the country’s six-year conflict began, Russia’s Admiral Grigorovich frigate […] 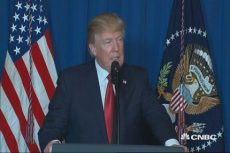 The U.S. military attacked a Syria-government airfield with 59 Tomahawk missiles on Thursday evening. The missiles targeted the Shayrat air base near Homs, and were in response to a Tuesday chemical weapons attack. Officially announcing the strike, President Donald Trump said the targeted airfield had launched the chemical attack on a rebel-held area, and he […]