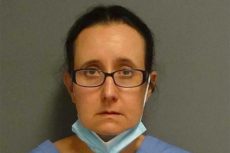 A Connecticut woman charged with shooting two of her children, one fatally, suffered a psychotic episode during the coronavirus lockdown and tried to kill herself, her husband told police. Naomi Bell, 43, of Plymouth, was arraigned via video Monday in New Britain Superior Court on charges of murder and attempted murder for fatally shooting her […]