Chris Pratt seems to have indirectly responded to the recent backlash he’s received on social media after posting a photo and gushing over his wife Katherine Schwarzenegger and their “healthy” daughter. The 42-year-old Marvel actor ignored cancel culture and recorded a series of Instagram Stories during which he talked about running and praised God. Pratt […]

Alec Baldwin has broken his silence after firing a prop gun on the set of his upcoming Western film “Rust” that killed the cinematographer Halyna Hutchins and injured the director Joel Souza. He expressed his condolences to Hutchins’ family and called the shooting an accident. “There are no words to convey my shock and sadness […] 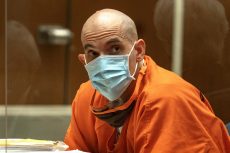 LOS ANGELES — For crimes he called “vicious and frightening,” a judge on Friday gave a death sentence to a man prosecutors called “The Boy Next Door Killer” for the home-invasion murders of two women and the attempted murder of a third. Victims’ family members wept as Los Angeles Superior Court Judge Larry P. Fidler […] 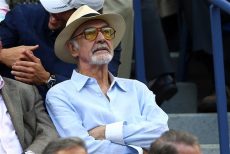 Sean Connery, the Scottish actor who earned his license to thrill as the original on-screen James Bond and then spent the rest of his career trying to make audiences forget that role, died Saturday, the official “James Bond” account on Twitter confirmed. He died peacefully in his sleep surrounded by family, according to Connery’s publicist. […]

Sci-fi queen Zoe Saldana has spoken out against the famously liberal acting community of Hollywood for ‘bullying’ Donald Trump. Although the Star Trek actress does not support the president-elect, she believes insults flung at him during the race for the White House turned off much of middle America. The 38-year-old said that Hollywood grew ‘cocky […]

Turning attention away from her and toward Donald J. Trump, Meryl Streep used her acceptance speech for the Cecil B. DeMille Award at the Golden Globes to call out the president-elect for mocking a disabled New York Times reporter in 2015, and warned that a free press would need to be defended. Ms. Streep campaigned […] 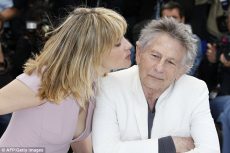 WARSAW, Poland – Poland’s Supreme Court on Tuesday confirmed that the country would refuse to detain and extradite filmmaker Roman Polanski to the U.S. The ruling upholds the decision of a lower court that was challenged by the justice minister and closes the matter in Poland. “Game over,” said Jan Olszewski, one of Polanski’s lawyers. […]