Three men have been charged with plotting to carry out ISIS-inspired attacks on music concerts, landmarks and crowded subways in New York, authorities said. The FBI arrested Abdulrahman El Bahnasawy, 19, a Canadian citizen, while traveling to the United States from Canada in the summer of 2016 and he has pled guilty to terrorism offenses; […] 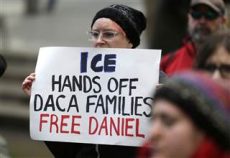 WASHINGTON — President Donald Trump appears likely to pull the plug on DACA, the Obama-era program allowing young people who came to the U.S. illegally as children to remain here, several government officials said Friday. Administration officials said the Department of Homeland Security sent a recommendation to the White House earlier this week on what […] 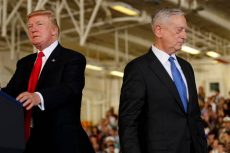 WASHINGTON — President Donald Trump has become increasingly frustrated with his advisers tasked with crafting a new U.S. strategy in Afghanistan and recently suggested firing the war’s top military commander during a tense meeting at the White House, according to senior administration officials. During the July 19 meeting, Trump repeatedly suggested that Defense Secretary James […]

WASHINGTON — The Russian lawyer who met with Donald Trump Jr. and others on the Trump team after a promise of compromising material on Hillary Clinton was accompanied by a Russian-American lobbyist — a former Soviet counterintelligence officer who is suspected by some U.S. officials of having ongoing ties to Russian intelligence, NBC News has […] 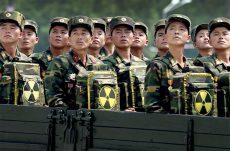 The U.S. is prepared to launch a preemptive strike with conventional weapons against North Korea should officials become convinced that North Korea is about to follow through with a nuclear weapons test, multiple senior U.S. intelligence officials told NBC News. North Korea has warned that a “big event” is near, and U.S. officials say signs […]

CIA Director Mike Pompeo blistered WikiLeaks in a speech Thursday, calling WikiLeaks a “hostile intelligence service” aided by Russia and accused WikiLeaks founder Julian Assange of making “common cause with dictators.” The former Kansas congressman was speaking at the Center for Strategic and International Studies in Washington, D.C., his first public address since becoming director. […]

Donald Trump promised during the campaign to implement a “secret plan” to defeat ISIS, including a pledge to “bomb the hell out of” the terror group in Iraq and Syria. Now, the Pentagon has given him a secret plan, but it turns out to be a little more than an “intensification” of the same slow […]

There have been hacking attempts on election systems in more than 20 states — far more than had been previously acknowledged — a senior Department of Homeland Security official told NBC News on Thursday. The “attempted intrusions” targeted online systems like registration databases, and not the actual voting or tabulation machines that will be used […]

Washington – President Obama has ordered American intelligence agencies to produce a full report on Russian efforts to influence the 2016 presidential election, his homeland security adviser said on Friday. He also directed them to develop a list of “lessons learned” from the broad campaign the United States has accused Russia of carrying out to […]

Donald Trump’s presidential campaign is facing a fundraising scandal after a Telegraph investigation exposed how key supporters were prepared to accept illicit donations from foreign backers. Senior figures involved with the Great America PAC, one of the leading “independent” groups organising television advertisements and grassroots support for the Republican nominee, sought to channel $2 million […]