The New York Jets hired San Francisco 49ers defensive coordinator Robert Saleh to be their new head coach, making him the first Muslim to run an NFL sideline, the team announced Thursday night. “We’ve reached an agreement in principle with Robert Saleh to become our head coach,” the Jets said in a statement. Saleh has […] 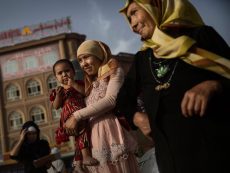 ROME Pope Francis urged governments on Saturday to get migrants and refugees out of holding centers, saying many had become “concentration camps”. During a visit to a Rome basilica, where he met migrants, Francis told of his visit to a camp on the Greek island of Lesbos last year. There he met a Muslim refugee […]