When the Justice Department proposed redactions to the affidavit underlying the warrant used to search former President Donald J. Trump’s residence, prosecutors made clear that they feared the former president and his allies might take any opportunity to intimidate witnesses or otherwise illegally obstruct their investigation. “The government has well-founded concerns that steps may be […]

he Justice Department must release a redacted version of the Mar-a-Lago search warrant affidavit by noon on Friday, a federal judge ruled. The affidavit lays out why investigators believe there was probable cause that crimes had been committed. The warrant authorized the FBI to search former President Donald Trump’s home and private club earlier this […]

Former US President Donald Trump has asked a judge to freeze the justice department’s investigation of files seized from his Mar-a-Lago home. In a lawsuit, his legal team asked that an independent lawyer be appointed to oversee the documents that FBI agents took earlier this month. Eleven sets of classified files were taken from Mr […]

Former President Trump’s legal counsel said on the Mark Levin Show that he’s preparing to file a Fourth Amendment-related legal challenge “very soon” against the Department of Justice in relation to the Mar-a-Lago raid. James Trusty, a former federal prosecutor, said that Trump’s legal team is going to “weigh in very strong and very hard,” […]

A federal magistrate in Florida is set to hold a hearing Thursday on whether to make public the probable cause affidavit used to justify the FBI’s raid of former President Donald Trump’s Mar-a-Lago estate. The hearing is in response to several media outlets asking the court to make the affidavit public to understand the reasoning […] The FBI raid on Mar-a-Lago last Monday was specifically intended to recover Donald Trump’s personal “stash” of hidden documents, two high-level U.S. intelligence officials tell Newsweek. To justify the unprecedented raid on a former president’s residence and protect the source who revealed the existence of Trump’s private hoard, agents went into Trump’s residence on the […]

After a federal judge gave the Justice Department a deadline to determine whether former President Trump supports or opposes unsealing the search warrant and property receipt used by the FBI to search his Mar-a-Lago home Monday, the former president said he heartily supports the move. “Release the documents now!” Trump wrote on TRUTH Social at […] The raid on Mar-a-Lago was based largely on information from an FBI confidential human source, one who was able to identify what classified documents former President Trump was still hiding and even the location of those documents, two senior government officials told Newsweek. The officials, who have direct knowledge of the FBI’s deliberations and were […] Monday’s FBI raid on the home of former President Donald Trump — including his safe, according to Trump — has raised eyebrows and questions about what the search could indicate about a possible criminal investigation into the former president and those around him. The raid concerned presidential records that Trump removed from the White House […] 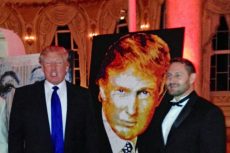 Donald Trump spent more than a quarter-million dollars from his charitable foundation to settle lawsuits that involved the billionaire’s for-profit businesses, according to interviews and a review of legal documents. Those cases, which together used $258,000 from Trump’s charity, were among four newly documented expenditures in which Trump may have violated laws against “self-dealing” — […] 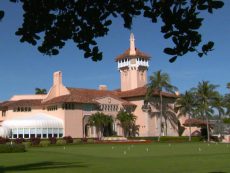 Budget watchdogs are criticizing the cost of President Trump’s visits to Mar-a-Lago, his private club in Palm Beach, Florida. Mr. Trump has been at his so-called “Winter White House” the past three weekends. That’s 11 of his first 33 days in office. The travel has an estimated price tag of $10 million. Between Secret Service […]