A bipartisan group of House lawmakers is urging the Securities and Exchange Commission (SEC) to assess whether the parent company of Ben & Jerry’s should amend its regulatory filing to reflect potential risks to shareholders over the company’s Israel boycott. The group, led by Rep. Ritchie Torres, D-N.Y., sent a letter Friday to SEC Chairman Gary […]

The Israeli Air Force has reportedly been ordered to resume training for a possible strike against Iran’s nuclear facilities. The Times of Israel, citing a report from Channel 12 news in Israel, said money has already been set aside for the training. Israel Defense Forces Chief of Staff Aviv Kochavi is said to have told […]

Israeli agents killed Iran’s top nuclear scientist late last year using a remote-controlled machine gun and artificial intelligence, according to a report from The New York Times. Iranian intelligence knew an attack was likely against Mohsen Fakhrizadeh, but major breaches of security protocols enabled the assassination, sourced told the Times. On the day of the […] 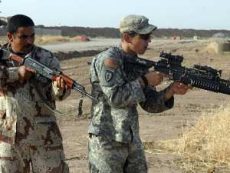 WASHINGTON — President Joe Biden and Iraqi Prime Minister Mustafa al-Kadhimi are planning to announce an agreement Monday that will detail a timetable for the drawdown of the U.S. combat mission in Iraq. A senior administration official told reporters that the two leaders, who will meet in the Oval Office in the afternoon, are expected […]

An Iraqi air base that hosts U.S. troops was the target of a drone attack early Saturday, though no injuries or deaths were reported. A spokesperson for the U.S.-led coalition in Iraq tweeted Saturday morning announcing the attack at Ain al-Asad air base, saying it was carried out by an “unmanned aerial surveillance system.” The […]

Saudi Crown Prince Mohammed bin Salman approved the 2018 killing of U.S.-based journalist and Saudi critic Jamal Khashoggi at the Saudi Consulate in Istanbul, according to a declassified report released by the Biden administration on Friday. The report, released by the Office of the Director of National Intelligence (ODNI), said the crown prince, the kingdom’s […]

An Iranian scientist, who American and Israeli intelligence have said led the country’s military nuclear program, was assassinated in an attack on Friday in northern Iran, state media reported. Iranian state media reported that Mohsen Fakhrizadeh, who was believed to be 59, was shot and killed by “armed terrorist elements” while in a vehicle in […] 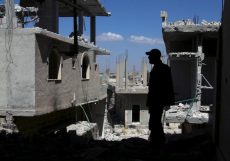 The United States and Russia have reached agreement on a ceasefire in southwest Syria, three US officials said as President Donald Trump held his first meeting with Russian President Vladimir Putin. The deal marks a new level of involvement for the US in trying to resolve Syria’s civil war. Although details about the agreement and how it will be […]