An associate of Rudy Giuliani told a former CIA officer a presidential pardon was “going to cost $2m”, the New York Times reported on Sunday in the latest bombshell to break across the last, chaotic days of Donald Trump’s presidency. The report detailed widespread and in some cases lucrative lobbying involving people seeking a pardon […]

Among the pardons made by President Trump this week, the pardon of four former guards for Blackwater has been regarded by some as particularly galling. Nicholas Slatten, Paul Slough, Evan Liberty and Dustin Heard were convicted six years ago in the killing of 14 Iraqi civilians and the wounding of 17 others. Witnesses described how […] 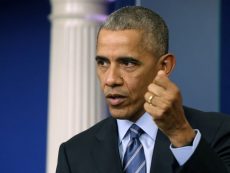 WASHINGTON — President Obama granted 78 pardons and 153 commutations on Monday — a single-day record for the use of presidential clemency power as Obama engages in an historic end-of-term clemency surge. With just 32 days left in office, Obama more than doubled the number of pardons he granted in the previous seven years. And he continued […] 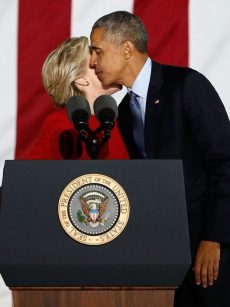 WASHINGTON — Hillary Clinton will not be getting a pardon from President Obama. And if Obama is to be kept to his word, neither will former CIA Director David Petraeus, convicted Israeli spy Jonathan Pollard, intelligence contractor Edward Snowden or Pvt. Chelsea Manning, all of whom were accused or convicted of mishandling classified information. The reason is […]