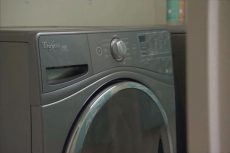 Sears Holdings is cutting its century-old ties with Whirlpool and will no longer sell the company’s products, which include Maytag, KitchenAid and Jenn-Air subsidiaries, according to an internal Sears memo sent to stores last week. The memo was reviewed by CNBC. “Whirlpool has sought to use its dominant position in the marketplace to make demands […]

Under pressure over President Donald Trump’s reported handling of a call with the widow of an Army sergeant killed in action, the White House on Wednesday did not dispute details that have emerged about Trump saying the soldier “knew what he was signing up for” when he joined the military. Trump reportedly said this to […] 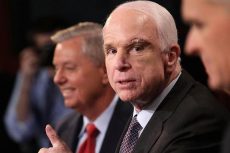 Sen. John McCain, R-Ariz., on Friday said he “cannot in good conscience vote” for the latest GOP Obamacare repeal plan. McCain is one of four Republican senators who have been undecided on the proposal, known as the Graham-Cassidy bill, and his opposition dealt the bill’s chances a significant blow. In a statement, McCain said his […]

North Korea on Sunday conducted its sixth and most powerful nuclear test, which it said was of an advanced hydrogen bomb for a long-range missile, prompting the threat of a “massive” military response from the United States if it or its allies are threatened. Speaking outside the White House after meeting with President Donald Trump […]

President Donald Trump has pledged $1 million of his own money to Harvey relief efforts, White House press secretary Sarah Huckabee Sanders told reporters Thursday. She said Trump has not decided which organization he will donate to. The spokeswoman said Trump specifically told Sanders to ask journalists at the briefing for suggestions since they have […] 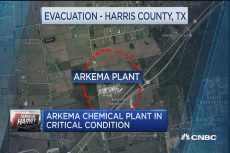 Arkema SA expects chemicals to catch fire or explode at its heavily flooded plant in Crosby, Texas in the coming days, and has no way to prevent that from happening, the chief executive officer of the company’s North America unit said on Wednesday. The company evacuated remaining workers on Tuesday and Harris County ordered the […] 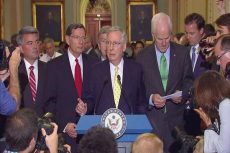 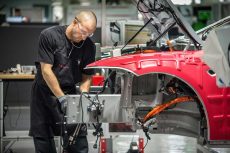 The U.S. economy continued a strong summer, adding 209,000 jobs in July while the unemployment rate fell to 4.3 percent, the lowest since March 2001, according to a government report Friday. Economists surveyed by Reuters had expected the report to show growth of 183,000; the unemployment rate met expectations. A more encompassing rate that includes […] 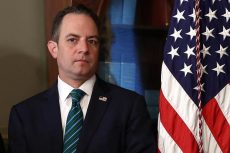 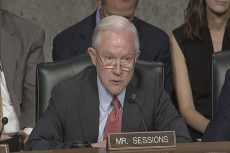 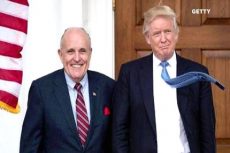