Authorities have found possible human remains in the area where a Friday morning explosion rocked downtown Nashville and injured three people, an event police called “an intentional act” connected to an RV that blew up at approximately 6:30 a.m. local time. It was unclear whether the remains were related to the explosion or if they […]

Two women were stabbed to death and their assailant shot dead by a soldier in the southern French port city of Marseille on Sunday in what officials described as a “likely terrorist act”. Police sources said the suspect had shouted “Allahu Akbar” (God is greatest) in Arabic as he attacked the women, aged 17 and […]

Starving ISIS defenders who have surrendered or been captured in the siege of Raqqa have shown signs of using amphetamines to stay in what is described as a “brutal fight” for the Syrian city, a U.S. military spokesman said Wednesday. The ISIS fighters taken into custody recently by the U.S.-backed Syrian Democratic Forces and questioned […]

May 9 (Reuters) – Despite fierce opposition from NATO ally Turkey, U.S. President Donald Trump has approved supplying arms to Kurdish YPG fighters to support an operation to retake the Syrian city of Raqqa from Islamic State, U.S. officials said on Tuesday. Ankara views the Kurdish YPG militia fighting within a larger U.S.-backed coalition as […]

A key American ally in the fight against terrorism, Afghanistan, was rocked by another flagrant deadly attack Wednesday, but this time with ISIS claiming responsibility. Gunmen dressed as doctors infiltrated and attacked a military hospital in the country’s capital, killing at least 49 people and wounding dozens more. The U.S. withdrawal was halted last year, […] 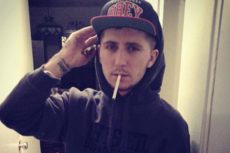 A Long Island dope who dreamed of engaging in “violent jihad” and even traveled abroad to join ISIS, led the feds to his own doorstep when he started gabbing about his intentions after a recent pot arrest, authorities said Saturday. Elvis Redzepagic journeyed to Turkey and Jordan in attempts to enter Syria so he could […]

Esteban Santiago, who was arrested on charges of killing five people and injuring six more in a shooting earlier this month at Fort Lauderdale-Hollywood International Airport, said he carried out the attack on behalf of the Islamic State, according to the FBI. FBI special agent Michael Ferlazzo and other agents testified at Santiago’s bond hearing […]

WASHINGTON ― Three Republican senators — including two former presidential candidates who’ve long criticized former Secretary of State Hillary Clinton for the attack on the U.S. diplomatic compound in Benghazi — introduced a bill on Tuesday that would halve funds for embassy security, construction and maintenance until the next president moves the U.S. Embassy in […] 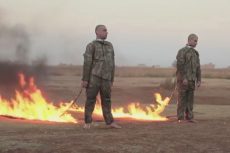 ISIS barbarians burned two Turkish soldiers alive in northern Syria, a gruesome new video released by the terror group shows. The 19-minute video, titled “The Cross Shield,” shows the doomed servicemen being taken out of cages and forced to crawl around on their hands and knees. The soldiers are then seen standing with chains around […] 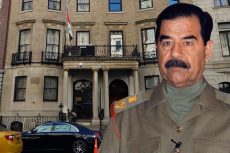 When he rose to power in 1979, the despot had the terrifying “detention room” installed inside the five-story building at 14 E. 79th St. — right across from billionaire former Mayor Michael Bloomberg’s home, according to two Iraqi officials speaking on the condition of anonymity. Saddam’s henchmen — known as Mukhabarat agents — frequently imprisoned […]