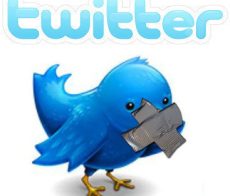 A senior engineer at Twitter has admitted the social media giant has a strong left-wing bias and they routinely censor conservatives. Siru Murugesan was recorded saying the company culture is extremely far left where workers are ‘commie as f**k’ and they ‘hate, hate, hate’ Elon Musk’s $44billion takeover. In a shockingly frank conversation, filmed over […]

Elon Musk said he is putting his bid to acquire Twitter (TWTR) on hold, weeks after agreeing to take the company private in a $44 billion deal. “Twitter deal temporarily on hold pending details supporting calculation that spam/fake accounts do indeed represent less than 5% of users,” Musk tweeted on Friday.The news initially sent Twitter […]

Twitter is usually awash with topics for discussion, but over the past couple of days one has stood out on the platform above others – what does the future hold for Twitter itself? With Elon Musk set to purchase the site – subject to shareholders’ approval – for $44bn (£35bn), tweeters across the world have […]

Twitter shares popped over 5% on Monday after the company’s board unanimously accepted Tesla CEO Elon Musk’s $44 billion offer to take the social media giant private. Under the terms of the agreement, Twitter stockholders will receive $54.20 in cash for each share of common stock that they own upon closing of the proposed transaction. […] Twitter is said to be nearing a deal to sell itself to Elon Musk, according to The New York Times and other outlets, 11 days after the Tesla and SpaceX CEO shocked the industry by offering to buy the company in a deal valuing it at more than $41 billion. A deal could be finalized […] Tesla CEO Elon Musk offered to buy Twitter in a deal worth more than $43 billion and take the social media company private. Musk’s best and final offer was to pay $54.20 per share for 100% of Twitter, and said that if his offer was not accepted he’d have to reconsider his position as a […]

Tesla CEO Elon Musk purchased a 9.2% stake in Twitter Inc. according to a Monday filing from the SEC. Twitter’s shares jumped more than 25% in price following Monday’s news. Musk now controls nearly 73.5 million shares of the company, making him the largest shareholder, and individual stocks were priced at $49.81 on Monday morning. […]

Researchers say they’ve uncovered a coordinated spike in Twitter activity sympathetic to the convicted terrorist “Lady Al Qaeda” Aafia Siddiqui leading up to the hostage crisis at Texas’ Congregation Beth Israel, where an Islamic extremist demanded her release from a U.S. prison. Malik Faisal Akram, a 44-year-old British national, flew to New York and made […] 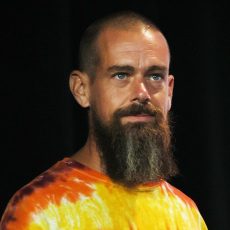 Twitter CEO Jack Dorsey will step down as head of the social media platform he co-founded a decade and a half ago, the company announced Monday. Parag Agrawal, a board member and former chief technology officer, was appointed CEO effective immediately, and Dorsey will remain a member of the board until his term expires at next year’s stockholders’ […]

The pro-Trump social network Gettr has been flooded with terrorist propaganda just weeks after its launch, marking an early speed bump for the nascent platform. Gettr, which was started last month by former President Trump’s campaign aide and spokesman Jason Miller, has seen a jump in posts from supporters of ISIS, including graphic content, videos […]

Former President Donald Trump is blaming Democrats, including former first lady Michelle Obama, for pressuring Facebook to ban him from the platform, thereby making it harder for him to run for president in 2024. Trump filed a class-action lawsuit against Facebook on Wednesday, alleging that the platform violated his and other users’ First Amendment rights […] 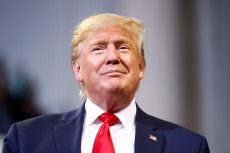 Former President Donald Trump on Wednesday announced that he will lead a lawsuit over alleged censorship against Twitter, Facebook and Google – three tech companies that removed him from their platforms after the Jan. 6 attack on the Capitol by a mob of his supporters. The lawsuit will be a class-action, with Trump as the […]