For the first time since WNBA star Brittney Griner’s arrest for drug possession in February, Russia has officially confirmed there are ongoing negotiations with the United States government regarding a potential prisoner swap. On Saturday, The Moscow Times reported Russia has officially acknowledged it seeks convicted arms dealer Viktor Bout to be a part of […] The nine-year prison sentence given to U.S. basketball star Brittney Griner on Thursday sparked outrage among many in the U.S., including social media users, the NBA and U.S. President Joe Biden who called the verdict “unacceptable” and demanded that Russia “immediately” release her. Griner was found in possession of vape cartridges containing cannabis oil at […]

The US and Russia have indicated they are ready to hold talks over a prisoner swap, a day after basketball star Brittney Griner was convicted of drug smuggling and sentenced to nine years in prison for carrying less than a gram of cannabis oil through a Moscow airport. Russia’s foreign minister Sergey Lavrov told reporters […] 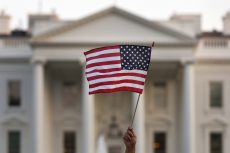 Members of the New York Liberty and Seattle Storm walked off the court during the national anthem on Saturday ahead of the WNBA’s season opener in what players said will be a season dedicated to honoring Breonna Taylor and other victims of social injustice. Players from both teams walked back to their respective locker rooms […]