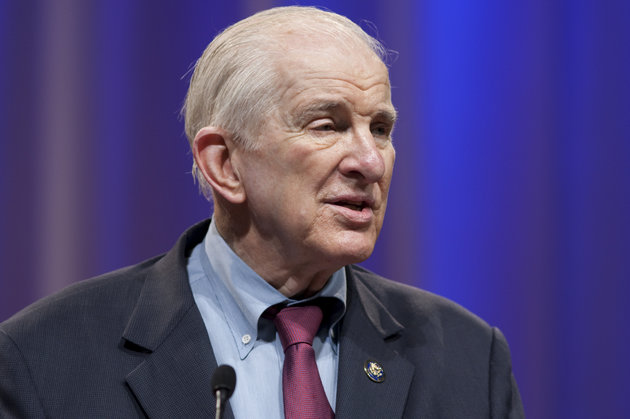 WASHINGTON ― President-elect Donald Trump distinguished himself on the campaign trail as the rare Republican candidate promising not to cut Social Security and Medicare.

But Republicans in Congress have other plans for the two popular social insurance programs ― and they are wasting no time rolling them out.

Rep. Sam Johnson (R-Texas), chairman of the House Ways and Means Committee’s Subcommittee on Social Security, released a plan Thursday to reform Social Security that would drastically reduce benefits. The bill would make the program less of a universal earned benefit and more of a means-tested safety net that aims only to provide basic support to the poorest retirees and disabled workers.

In order to close Social Security’s long-term funding gap, Johnson would make Social Security’s benefit formula less generous for all but the lowest earners, rapidly raise the retirement age and reduce the annual cost-of-living adjustment, among other changes designed to save money.

Under Johnson’s plan, a middle-class 65-year-old claiming benefits in 2030 ― one with average annual earnings of about $49,000 over 30 years of covered employment ― would experience a 17 percent benefit cut relative to what the program currently promises them, according to the Social Security Administration’s chief actuary. A 65-year-old with the same earnings history claiming benefits in 2050 would experience a 28 percent benefit cut compared to current law.