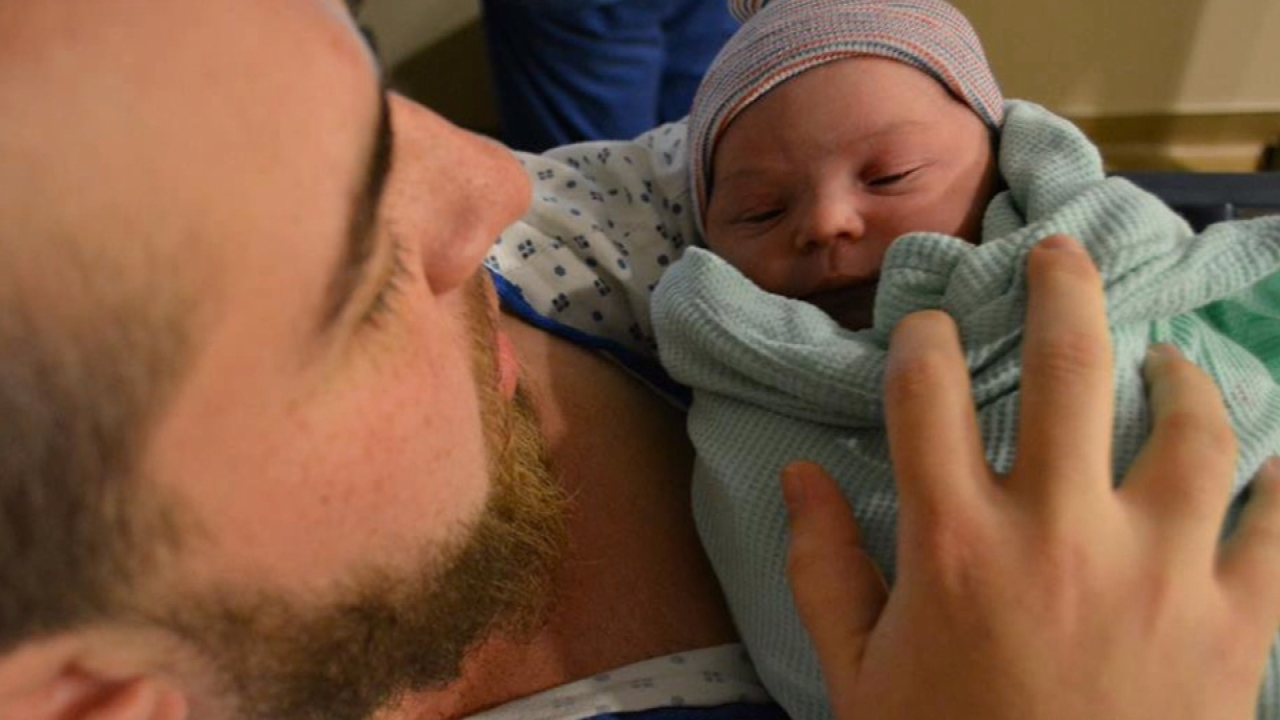 A transgender man has given birth to a second child, five years after having his first baby while living as a woman.

Kaci Sullivan, 30, is the first person in the world believed to have given birth both while living as both a man and a woman.

Sullivan underwent a cesarean section following seven days in labor and welcomed Phoenix, who will be raised gender neutral, into the world four years after beginning the transition from female to male. Sullivan conceived with partner Steven, 27, last February after taking a break from male hormones.

“We are just so happy and grateful and enjoying spending time together as a family,” Sullivan said. “The baby is delightful, loving and sweet. The last nine months have brought my partner and I so close together.”

Sullivan runs the TransLiberation Art Coalition, which is dedicated to promoting activism in art. He was assigned the female gender at birth, but always struggled with his identity, a problem that worsened with abuse that began when he was just 4.

He met his first husband at 19 and tied the knot in 2010, but by his early twenties was battling severe depression and began to drink excessively. When Kaci fell pregnant with his first child in July 2011, he hoped becoming a mother would make him feel more feminine, but was left in a dark place when it didn’t.