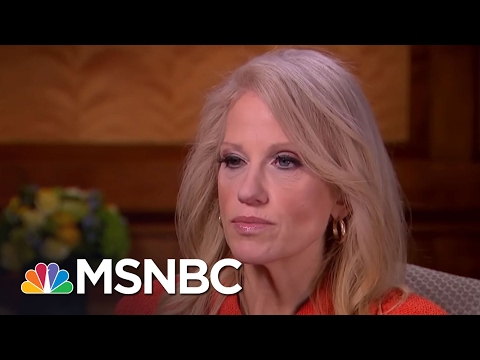 Kellyanne Conway, counselor to the president, is under fire after making the false claim that Bowling Green, Ky., was the scene of a massacre carried out by Iraqis. Conway made the claim in an MSNBC interview that aired Thursday night, in which she argued in favor of President Trump’s immigration and refugee ban.

In trying to make her case, Conway also accused the media of not covering a massacre on U.S. soil that was perpetrated by terrorists posing as refugees. Friday morning, Conway suggested in a tweet that the claim had been an honest mistake.

In the interview with MSNBC’s Chris Matthews, Conway defended Trump’s order to freeze the flow of travelers and refugees from seven majority-Muslim countries. The travel ban, Conway said, is “narrowly proscribed, and also temporary,” and is aimed at making America safer.

The senior member of Trump’s staff, who is credited with introducing the concept of “alternative facts” to America’s discourse, then said:

“I bet, there was very little coverage — I bet it’s brand new information to people that President Obama had a six-month ban on the Iraqi refugee program after two Iraqis came here to this country, were radicalized — and they were the masterminds behind the Bowling Green massacre. I mean, most people don’t know that because it didn’t get covered.”