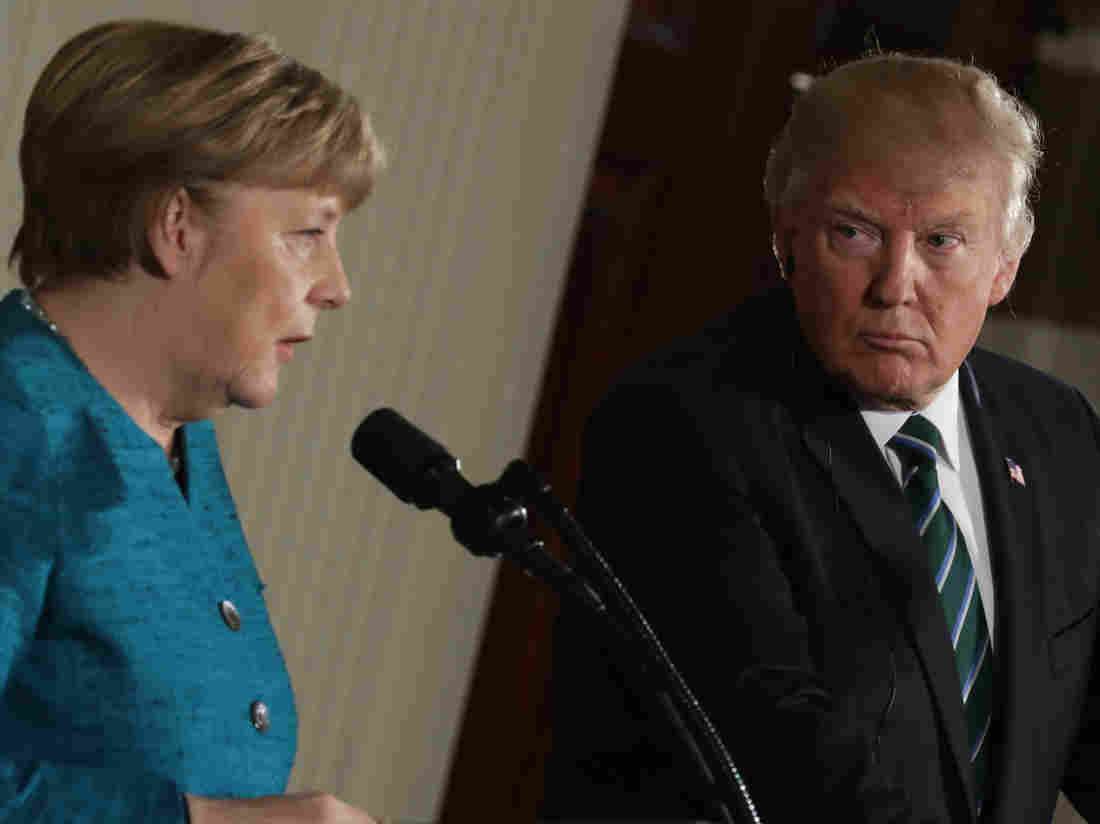 At a wide-ranging and occasionally tense news conference after their first in-person meeting Friday, President Trump and German Chancellor Angela Merkel discussed trade and border policy — and had one notable exchange when Trump was asked about his unproven claims that former President Obama tapped the phones at Trump Tower last year.

Trump declined the opportunity to retract the claim, telling the media that “we said nothing” when he tweeted, “How low has President Obama gone to tapp my phones during the very sacred election process,” and that he was merely quoting a “very talented legal mind” he had seen on Fox News.

How low has President Obama gone to tapp my phones during the very sacred election process. This is Nixon/Watergate. Bad (or sick) guy!