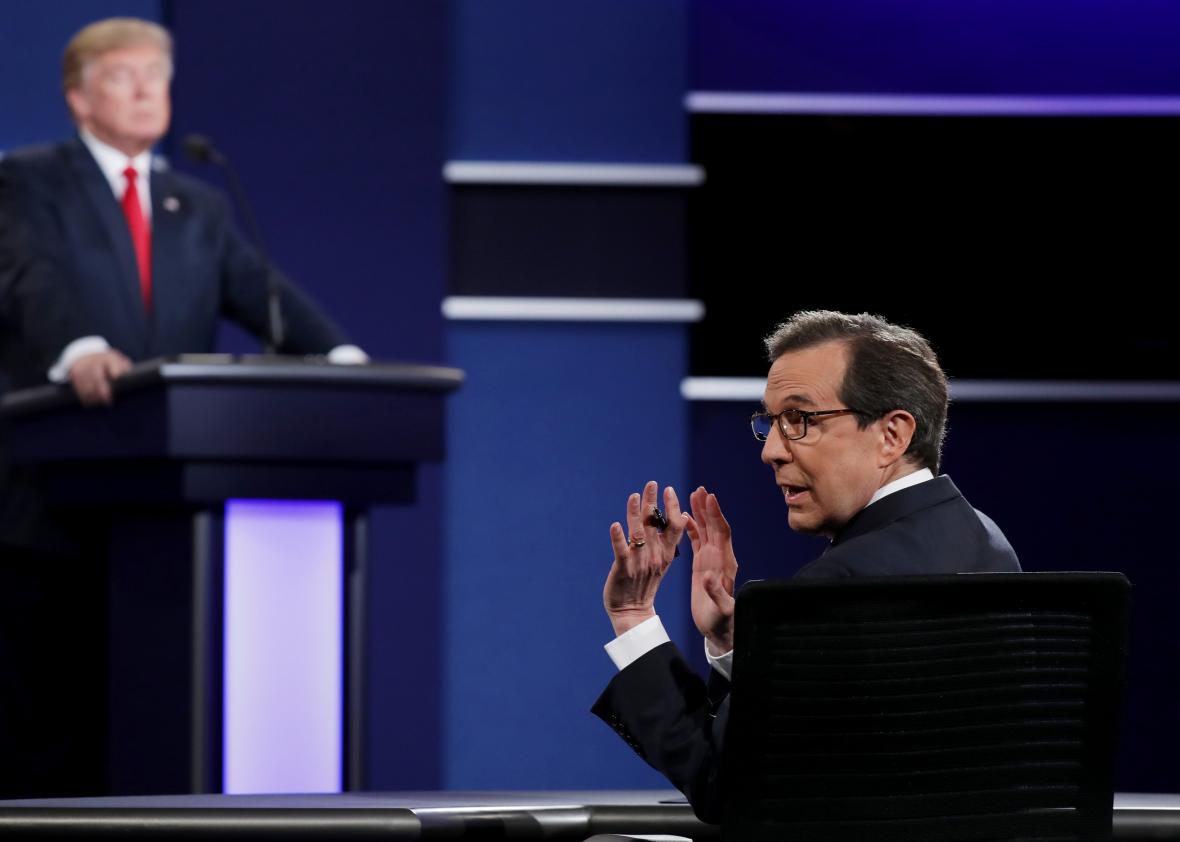 Donald Trump has been accused by several women of sexual assault and abuse. Many of these stories are backed up by witnesses, whom the women told of the alleged assaults over the course of many years. In Wednesday’s final presidential debate, Trump was asked about all of these women and why they might possibly be coming forward now and making up these stories, as he alleges.

His answer was to say that the women were seeking fame, or being put up to the allegations by his opponent Hillary Clinton. Bizarrely, he cited a video by conservative provocateur James O’Keefe—some of whose past sting videos have been shown to be manipulative and heavily edited—to prove that the Clinton dirty tricks machine was behind the assault accusations. The video demonstrated no such thing. Here is what Trump said: