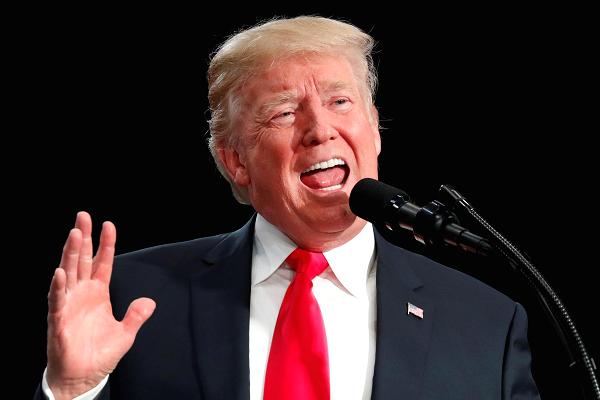 President Donald Trump boasted that he has a bigger and more powerful “nuclear button” than North Korean leader Kim Jong Un does — but the president doesn’t actually have a physical button.

The president’s Tuesday evening tweet came in response to Kim’s New Year’s address, in which he repeated fiery nuclear threats against the United States. Kim said he has a “nuclear button” on his office desk and warned that “the whole territory of the U.S. is within the range of our nuclear strike.”

Trump mocked that assertion, writing, “Will someone from his depleted and food starved regime please inform him that I too have a Nuclear Button, but it is a much bigger & more powerful one than his, and my Button works!”

But despite ratcheting up the tension, Trump doesn’t really have a nuclear button.

The process for launching a nuclear strike is secret and complex and involves the use of a nuclear “football,” which is carried by a rotating group of military officers everywhere the president goes and is equipped with communication tools and a book with prepared war plans.