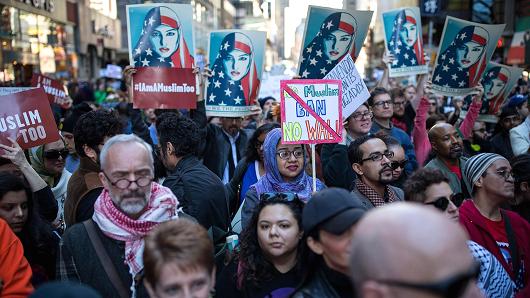 President Donald Trump was barely in office when he signed an executive order restricting immigration from seven Muslim-majority nations. There was not a moment to waste, he said, because any delay would allow the “bad dudes” to rush into the U.S.

Then federal courts struck down his ban. The White House said a new version would be coming.

That was a month ago. The urgency seems to have faded.

There has been no further legal appeal. And announcement of a replacement order has been repeatedly postponed, a reflection of legal difficulties, shifting administration priorities and politics. It now won’t be unveiled until next week at the earliest, says a White House official.

“The holdup flies in the face of the mythology as to why they needed to rush the bill in the first place,” said Doris Meissner, who was head of the Immigration and Naturalization Service for President Bill Clinton. “It was a contrived argument and a reflection of inexperience and a rush to fulfill a campaign promise.”

The delay stands in stark contrast to the ban’s rollout, a swift action designed as the centerpiece of a barrage of executive orders to set a bold tone for the Trump administration’s first days.