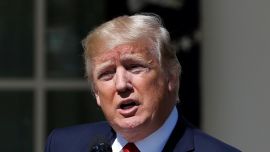 The Trump administration on Friday announced a major rollback of the ObamaCare contraceptive mandate, granting what officials called “full protection” to a wide range of companies and organizations that claim a “religious or moral objection” to providing the coverage.

The mandate, which has been the subject of multiple legal challenges, required employers that provide health insurance to cover contraceptives. Under the existing policy, churches and houses of worship were exempt, while religious-affiliated groups that object had to allow a third-party administrator or insurer to handle birth control coverage. The 2014 Hobby Lobby decision expanded exemptions to for-profit “closely held” corporations.

But under the new policy unveiled Friday, the Trump administration is expanding the protections to any nonprofit group, non-publicly traded company, or higher education institution with religious or moral objections — and making the third-party provision optional for groups with “sincerely held” religious beliefs.

Publicly traded companies also could claim an exemption if they state religious objections, though a senior Health and Human Services official said they would still have to let a third party cover contraception.

“No American should be forced to violate his or her own conscience in order to abide by the laws and regulations governing our healthcare system,” said HHS press secretary Caitlin Oakley. “Today’s actions affirm the Trump administration’s commitment to upholding the freedoms afforded All Americans under our Constitution.”