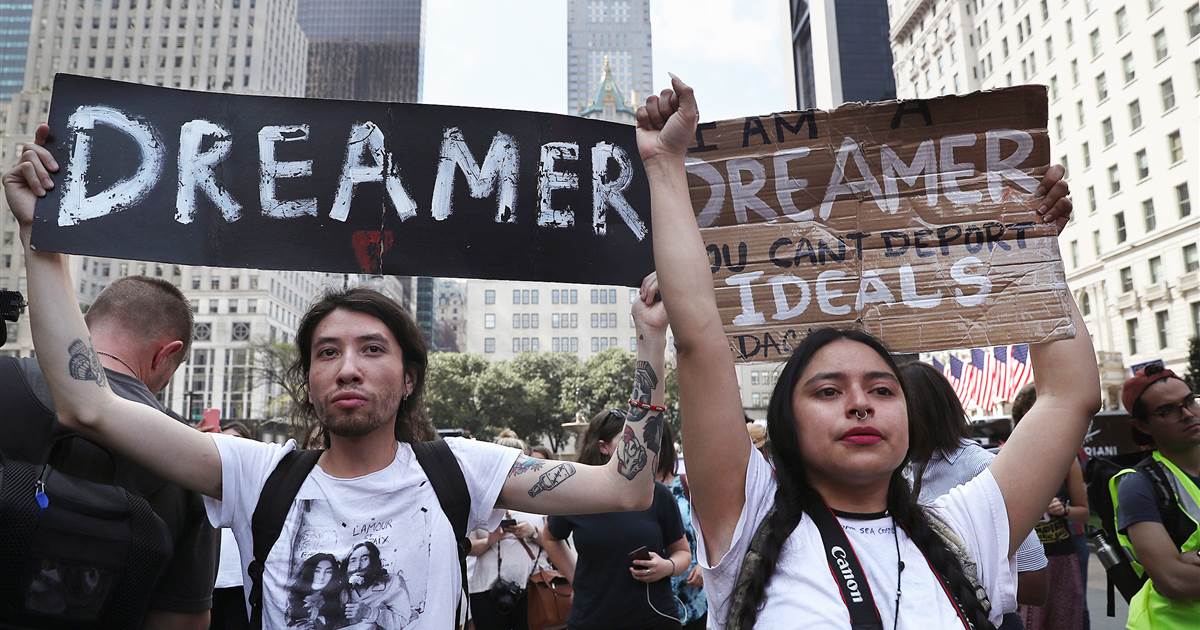 WASHINGTON — Hundreds of thousands of young people in the DACA program are resting easier after the Supreme Court ruled that the Trump administration wrongly tried to shut it down — but Dreamers’ troubles are far from over.

Friday brought a new one, from President Donald Trump himself, while the judge in an ongoing lawsuit brought by Texas and other states to end the program ordered all sides on Thursday to file new paperwork next month.

“We will be submitting enhanced papers shortly in order to properly fulfill the Supreme Court’s ruling,” Trump tweeted.

That undoubtedly means the Department of Homeland Security will try again to shut the program down. The Supreme Court had said on Thursday the Trump administration’s earlier attempt to end the program failed to adequately address how it would affect DACA recipients and whether other options were available.

Chief Justice John Roberts, writing the majority opinion in the 5-4 ruling, left the door open for the government to try again, and the Trump tweet indicates the president considered that not simply an opportunity but an invitation. Trump called the court’s decision a “ruling & request,” although the court did not ask the government to do anything.