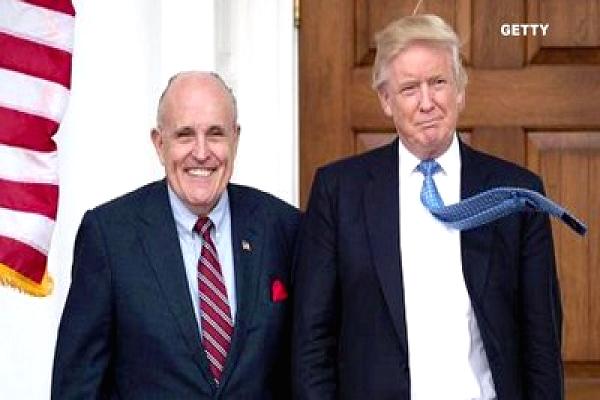 The Axios report comes after Trump publicly fumed about Attorney General Jeff Sessions more than once in recent days. It is unclear at this point whether Trump really plans to push to make Giuliani, the former New York mayor, federal prosecutor and Trump campaign advisor, the nation’s top law enforcement official.

Last week, Sessions said he had no plans to leave the job.

Giuliani, as an early Trump supporter, would likely face questions about his independence.

On Monday, Trump questioned why Sessions, whom he called “our beleaguered A.G.,” is not investigating Hillary Clinton. Trump told The New York Times last week that he would not have appointed Sessions had he known he would recuse himself from the Russia probe.

Giuliani also told CNN that Sessions “made the right decision” by recusing himself.