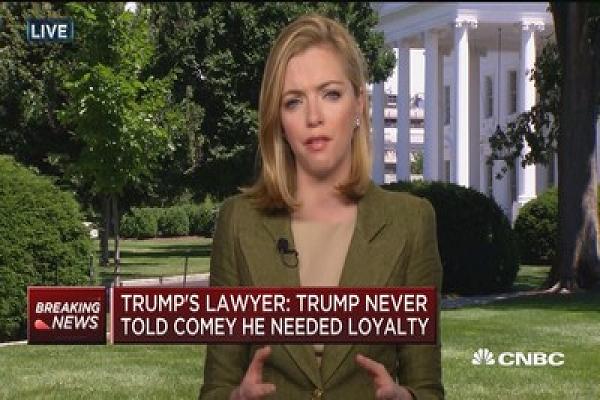 In a statement to reporters Thursday afternoon, Kasowitz pushed back on various points of Comey’s dramatic, under oath testimony before the Senate Intelligence Committee. Though he undermined Comey’s credibility on some assertions, he touted other points of Comey’s testimony that backed up what Trump has said.

Comey testified that, at a dinner in January, Trump said, “I need loyalty. I expect loyalty.” Kasowitz says Trump “never told” Comey that in “form” or “substance.”

Comey testified that he took Trump’s statement “as a direction” to drop the investigation but did not do so. “I hope you can let this go,” Comey recalled Trump saying.

Kasowitz also declared that Comey “admitted that there is no evidence” of something he has never claimed in the first place — that Russia successfully changed votes in the U.S. election.

Trump and his surrogates repeatedly have disputed the notion that Russia altered the election tally in his favor, despite that no major news organizations have reported such a claim.