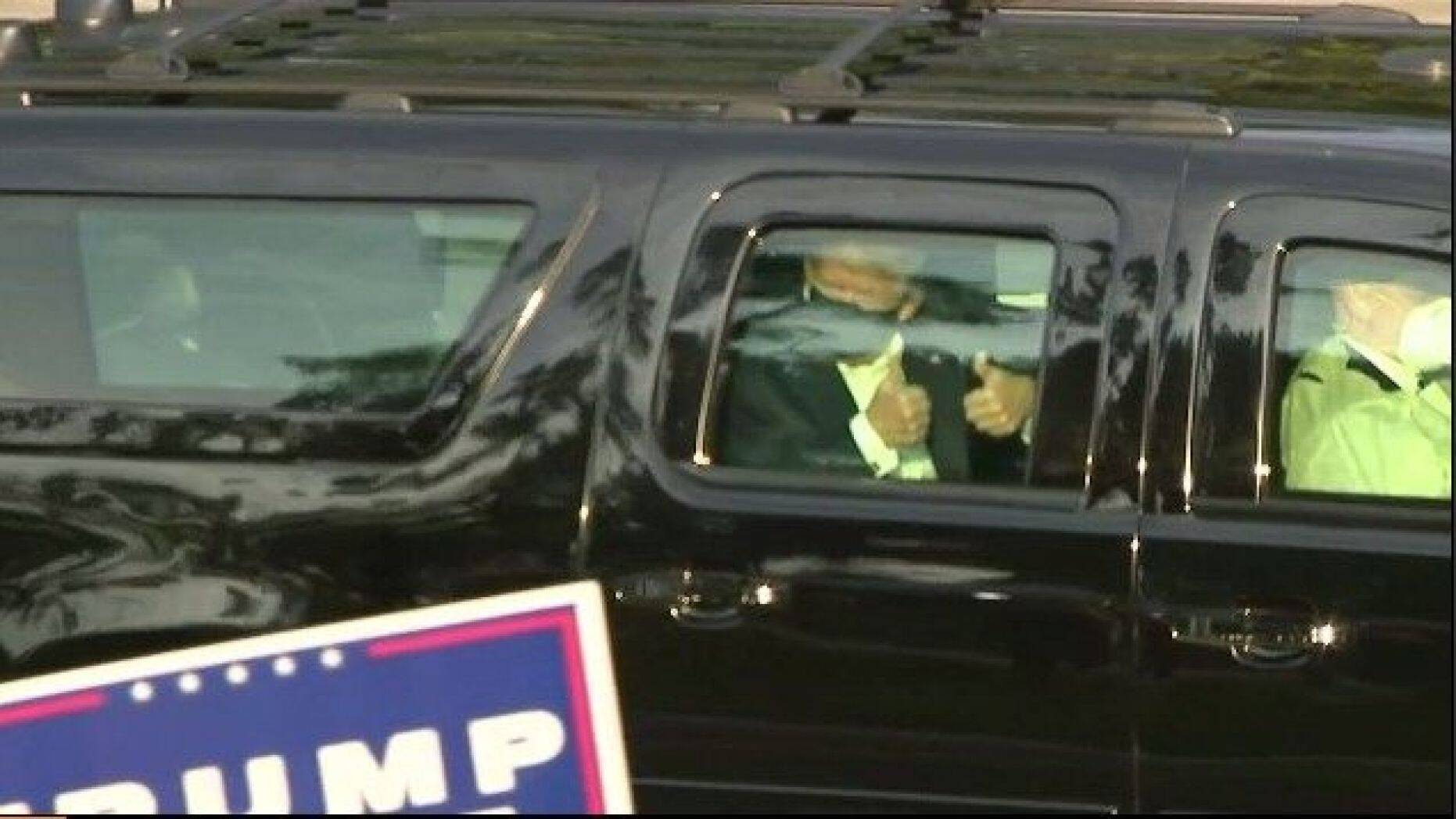 President Trump tweeted out a video of himself at Walter Reed Medical Center on Sunday where he said he’s learned a lot about the novel coronavirus and promised his supporters gathered out side the hospital “a little surprise.”

“We’re going to pay a little surprise to some of the great patriots that we have,” Trump said. “They’ve been out there for a long time and they’ve got Trump flags and they love our country so I’m not telling anybody but you but I’m about to make a little surprise visit.”

Shortly after sending out his tweet, the president made his surprise appearance when he briefly left the hospital and drove by, waved and gave a thumbs up to the groups of supporters gathered outside in Maryland before returning to Walter Reed shortly after.

Earlier in the day, the president offered his thanks to the supporters for rallying outside Walter Reed, where he is battling a case of the novel coronavirus.

“I really appreciate all of the fans and supporters outside of the hospital,” the president tweeted Sunday. “The fact is, they really love our Country and are seeing how we are MAKING IT GREATER THAN EVER BEFORE!”