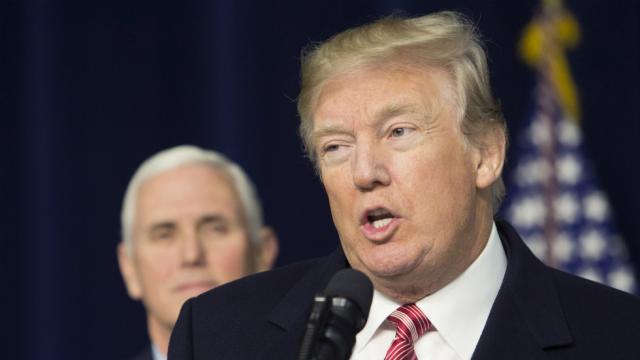 “I believe Mexico will pay for the wall. I have a very good relationship with Mexico,” Trump said at a press conference at Camp David on Saturday.

“But yes, in some form, Mexico will pay for the wall.”

The Trump’s administration’s plan, first reported by The Wall Street Journal on Friday, would nearly double the amount of fencing on the border, as well as hire thousands more border patrol agents and other officials to secure the border.

Trump has insisted that he will not sign legislation to extend protections for recipients of the Deferred Action for Childhood Arrivals (DACA) program unless funding for his long-promised wall is included in the bill.

He met with Senate Republicans on Thursday to discuss a DACA fix.