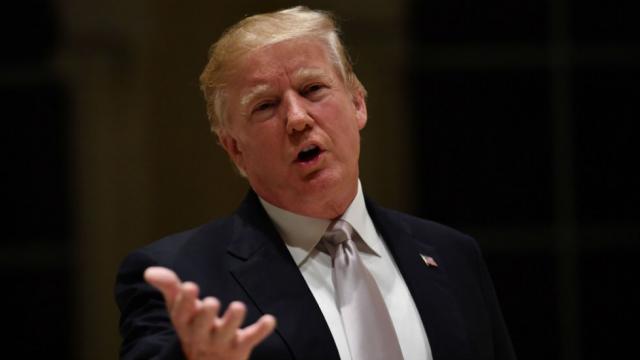 WASHINGTON — The Republican National Committee is defending its right to use former President Donald Trump’s name in fundraising appeals after he demanded they put an end to the practice.

In a Monday letter to Trump attorney Alex Cannon, RNC chief counsel J. Justin Riemer said the committee “has every right to refer to public figures as it engages in core, First Amendment-protected political speech” and said “it will continue to do so in pursuit of these common goals.”

But he maintained that Trump had also “reaffirmed” to the chair of the RNC, Ronna McDaniel, over the weekend “that he approves of the RNC’s current use of his name in fundraising and other materials, including for our upcoming donor retreat event at Palm Beach at which we look forward to him participating.”

Trump responded to the letter with a statement that put that agreement in doubt.

“No more money for RINOS,” or Republican in name only, he stated. “They do nothing but hurt the Republican Party and our great voting base — they will never lead us to Greatness.”