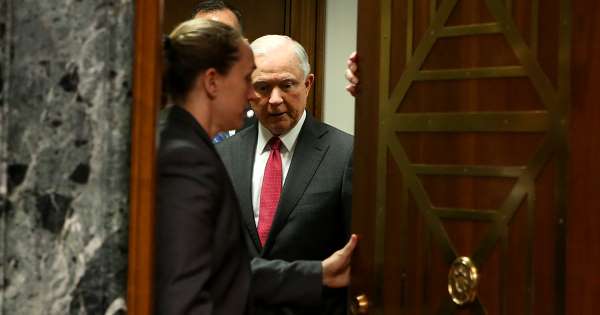 President Trump on Wednesday said he wishes he had picked someone other than Attorney General Jeff Sessions to oversee the Justice Department.

“I wish I did!” the president exclaimed in a tweet after quoting House Oversight and Government Reform Chairman Trey Gowdy (R-S.C.) saying the president “could have picked somebody else” to be the nation’s top cop.

Trump, in a series of tweets, quoted Gowdy (R-S.C.) on the subject before adding his own thoughts in the final tweet noting he wishes he had chosen someone else as attorney general.

“Rep.Trey Gowdy, ‘I don’t think so, I think what the President is doing is expressing frustration that Attorney General Sessions should have shared these reasons for recusal before he took the job, not afterward. If I were the President and I picked someone to be the country’s…,” the president wrote on Twitter quoting Gowdy.

“….chief law enforcement officer, and they told me later, ‘oh by the way I’m not going to be able to participate in the most important case in the office, I would be frustrated too…and that’s how I read that – Senator Sessions, why didn’t you tell me before I picked you………There are lots of really good lawyers in the country, he could have picked somebody else!’ And I wish I did!” Trump added.

The tweets from Trump come one day after The New York Times published a report that said the president requested Sessions rescind his recusal from the investigation into Russia’s election interference.