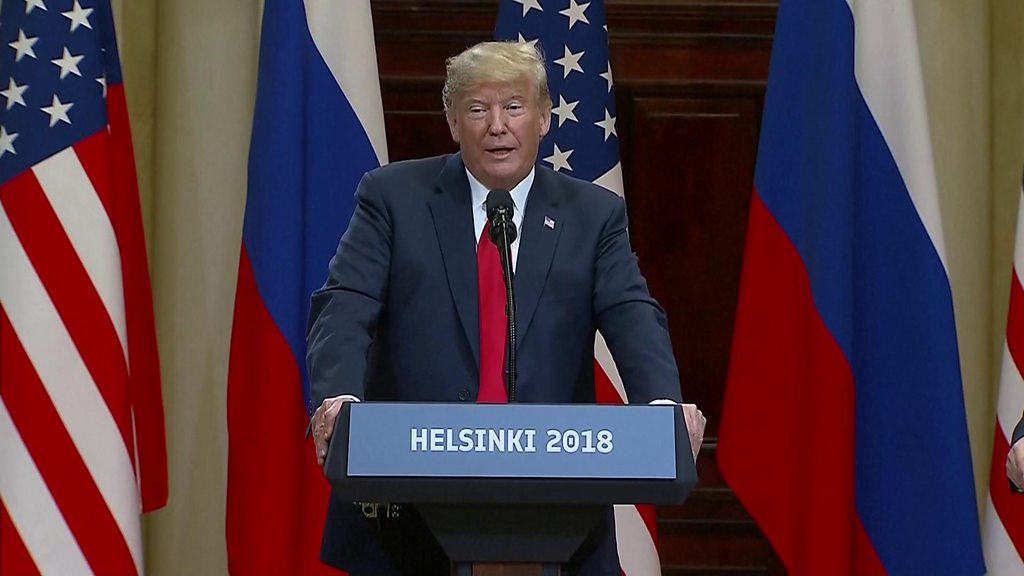 US President Donald Trump has defended Russia over claims of interference in the 2016 presidential election.

After face-to-face talks with Russian President Vladimir Putin, Mr Trump contradicted US intelligence agencies and said there had been no reason for Russia to meddle in the vote.

Mr Putin reiterated that Russia had never interfered in US affairs.

At a news conference after the summit, President Trump was asked if he believed his own intelligence agencies or the Russian president when it came to the allegations of meddling in the elections.

“President Putin says it’s not Russia. I don’t see any reason why it would be,” he replied.