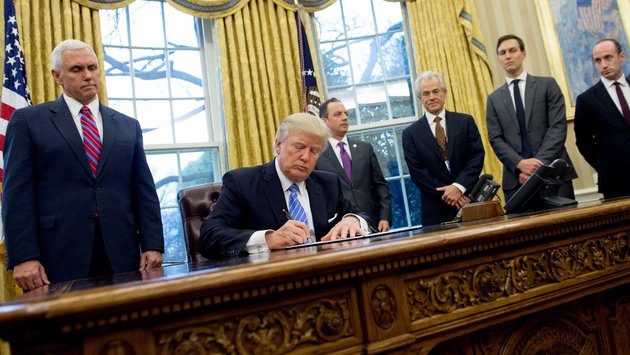 Trump reinstated the Mexico City policy, also known as the global gag rule, which was first put in place by President Ronald Reagan in 1984. It prohibits giving U.S. funding to international nongovernmental organizations that offer or advise on a wide range of family planning and reproductive health options if they include abortion ― even if U.S. dollars are not specifically used for abortion-related services.

The United States spends about $600 million a year on international assistance for family planning and reproductive health programs, making it possible for 27 million women and couples to access contraceptive services and supplies.

None of that money is spent on performing abortions. The Helms amendment has prevented U.S. tax dollars from funding overseas abortions since 1973. Proponents of the global gag rule believe the policy is nevertheless still necessary, arguing that Helms isn’t strong enough by itself.