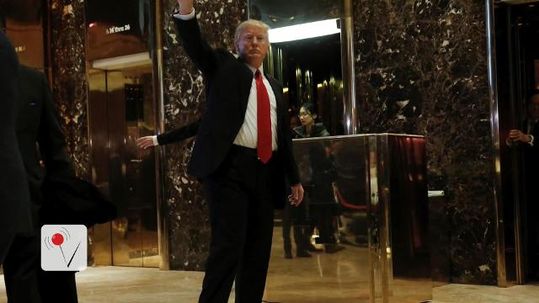 A former contestant from The Apprentice filed a defamation lawsuit Tuesday against President-elect Donald Trump in a New York court.

Summer Zervos came forward in October to accuse Trump of kissing and groping her in 2007 at a Beverly Hills hotel room. When Trump denied the accusations, Zervos’s attorney Gloria Allred demanded a retraction.

Since no retraction has been issued, “time’s up,” Allred said at a press conference in Los Angeles on Tuesday.

Zervos publicly accused Trump on Oct. 14 along with several other women alleging sexual misconduct by Trump in the wake of the release of a tape from the show Access Hollywood on Oct. 7, in which Trump talked about groping women, and his statements to CNN’s Anderson Cooper during the Oct. 9 presidential debate.

“I would like the president-elect to decide he’s going to do the right thing in reference to Ms. Zervos,” Allred said. “If he’ll simply retract his statements and acknowledge his conduct with Ms. Zervos, she will dismiss the case.”

“More of the same from Gloria Allred. There is no truth to this absurd story,” Hicks said.