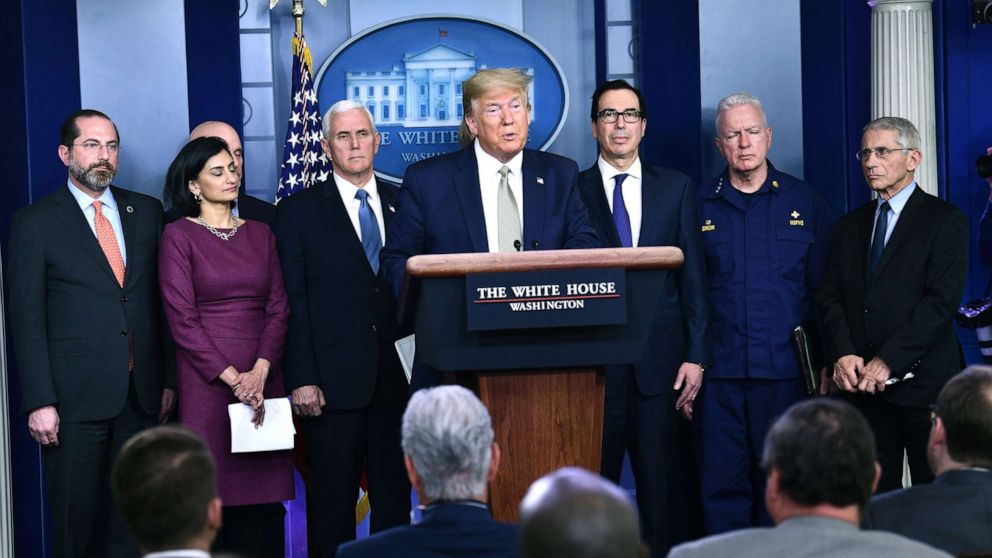 President Donald Trump on Tuesday predicted “we’re going to win” the fight against the coronavirus as he briefed the nation one day after recommending new, stricter nationwide guidelines that prompted much of America to shut down in an effort to slow the spread of the disease.

“If we do this right our country — and the world frankly — but our country but can be rolling again pretty quickly, pretty quickly. We have to fight that invisible enemy that I guess is unknown but we’re getting to know it a lot better, he said.

Mnuchin announced that the administration is looking at sending checks directly to American households that are hurting – possibly within the next two weeks.

“We are looking at sending checks to Americans immediately. What we heard from hardworking Americans, many companies are now shut down whether bars or restaurants, Americans need cash now and the president wants to get them cash now. I mean now in the next two weeks,” Mncuhin said. “We want to make sure Americans get money in their pockets quickly,” he said, adding that more details would be revealed later today.

“I think we’ll do something to get money to them as quickly as possible,” President Trump said.