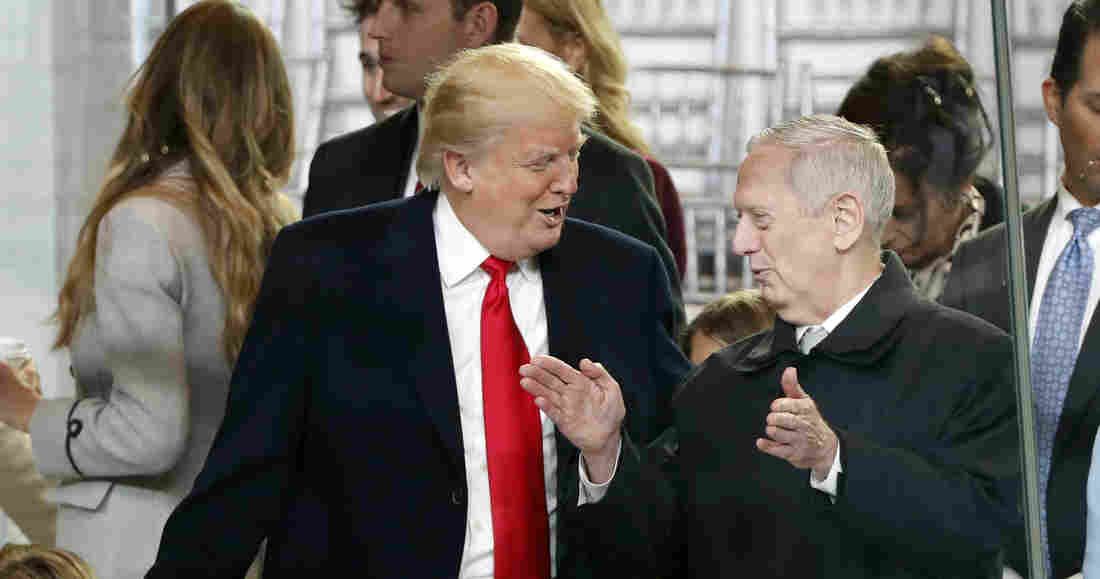 President Trump and Defense Secretary James Mattis speak at the Inauguration Day parade on Jan. 20. Trump heads to the Pentagon on Friday and is expected to speak with Mattis and the military brass about his campaign pledge for a stepped-up war against the Islamic State.

Donald Trump paid his first presidential visit to the top brass at the Pentagon on Friday afternoon and was widely expected to follow up on his campaign pledge calling for a stepped-up war against the Islamic State.

The president is also likely to address another campaign theme, his call for an expanded U.S. military that would include more troops as well as more hardware.

In another development, Trump said he still believes that torture works as a way to extract information from detainees, but he would defer to his defense secretary, James Mattis, who opposes such measures.

“I don’t necessarily agree,” Trump said following a meeting with British Prime Minister Theresa May. But, he added, referring to Mattis, “He will override, because I’m giving him that power.”