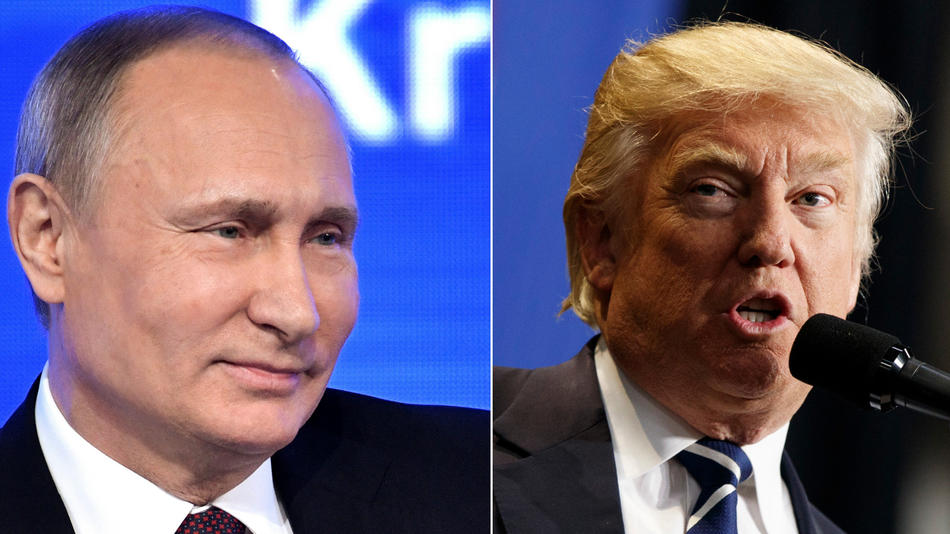 U.S. sanctions against Russia will be “under consideration” when President Donald Trump and Russian President Vladimir Putin hold their first official conversation on Saturday, according to White House counselor Kellyanne Conway.

Asked whether sanctions imposed by the Obama administration for Russian interference in the U.S. election and intervention in the Ukraine would be on the table in a scheduled call between the two, Conway said on Fox that “all that is under consideration … And if another nation that has considerable resources wishes to join together with the United States of America to try to defeat and eradicate radical Islamic terrorism, then we’re listening.”

The call will mark the first test of whether the mutual affinity between Trump and Putin will also open a new course for U.S.-Russia relations that were deeply strained under President Barack Obama.

The planned phone conversation, announced by Kremlin spokesman Dmitry Peskov on Friday, comes after months of speculation over the Kremlin’s role in the 2016 election – starting with Trump’s frequent expressions of admiration for Putin and culminating in the assessment of the U.S. intelligence community that Russia interfered in the campaign on Trump’s behalf.

Along the way, Trump has consistently argued that Russia can be a strong ally rather than a strategic adversary. Critics of Trump’s views point to Moscow’s clashes with the West, from its interventions in the conflicts in Syria and Ukraine and its alleged use of hackers, trolls and propaganda machines to its meddling in European and U.S. election campaigns.

Putin has cautiously expressed optimism that Trump can improve the relationship. Russia is also looking for the United States to lift sanctions and push for a reduction of NATO’s military presence near Russia’s borders.