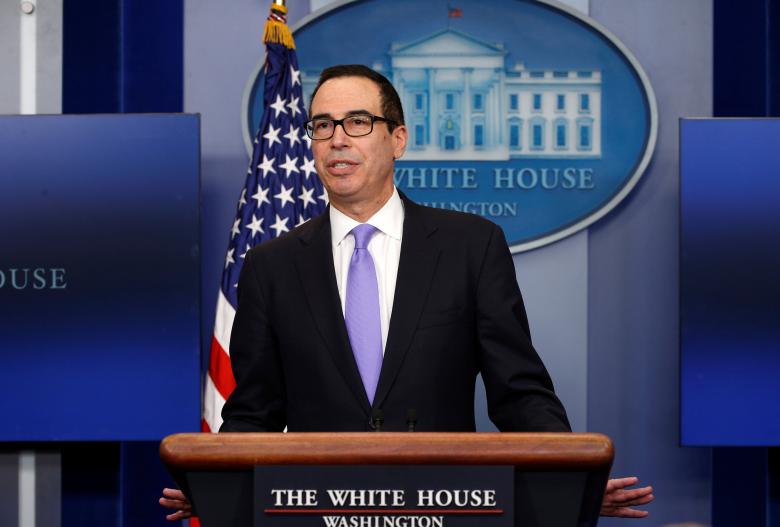 Mnuchin said Trump would use a major policy speech to a joint session of Congress on Tuesday night to preview some elements of his sweeping plans to cut taxes for the middle class, simplify the tax system and make American companies more globally competitive with lower rates and changes to encourage U.S. manufacturing.

Speaking on Fox News Channel’s “Sunday Morning Futures” program, Mnuchin, who has acknowledged that tax reform is his top policy priority, said the budget plan would not seek cuts to federal benefits programs known as “entitlements.”

“We are not touching those now. So don’t expect to see that as part of this budget, OK,” Mnuchin said of the programs, according to a transcript provided by Fox. “We are very focused on other aspects and that’s what’s very important to us. And that’s the president’s priority.”

Mnuchin said Trump “will be touching on tax reform” as part of his speech, which is not an official “State of the Union” address.