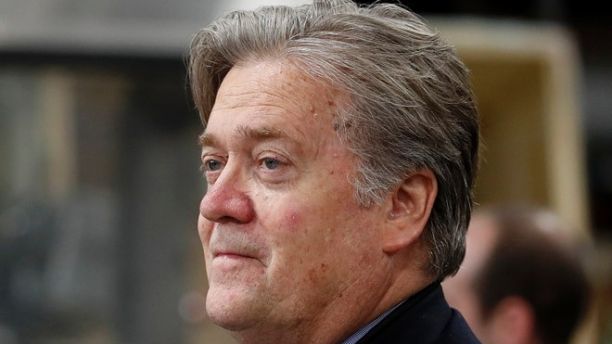 President Trump’s controversial chief strategist Steve Bannon is leaving the White House, in another major staff shakeup announced at the close of another tumultuous week in Washington.

The White House confirmed in a brief statement that Bannon, a hardcore populist who often sparred with his West Wing colleagues, would make Friday his last day — just over a year after he joined the Trump presidential campaign.

“White House Chief of Staff John Kelly and Steve Bannon have mutually agreed today would be Steve’s last day,” White House Press Secretary Sarah Sanders said in a statement. “We are grateful for his service and wish him the best.”

One White House aide told Fox News the departure was a long time coming, and that Bannon actually submitted his resignation in writing two weeks ago.

This would have been just days after Kelly joined as chief of staff. Kelly was said to have been the driving force in the ouster of former communications director Anthony Scaramucci, and speculation swiftly centered on Bannon as the next one to go.

Sources say Bannon has become increasingly isolated in the White House. Adding to the pressure, some critics also publicly attacked Bannon in the wake of last weekend’s Charlottesville violence, in which a counter-protester was killed at a white nationalist rally. Trump came under intense criticism for his response to that violence, and some blamed Bannon for the tone — though it’s unclear how much influence he had in Trump’s remarks.

Bannon formally joined Trump’s team last summer, when the former head of Breitbart News was tapped as chief executive of the campaign. After Trump won the presidential race, Bannon was appointed to a senior adviser role at the same time Reince Priebus was named chief of staff.