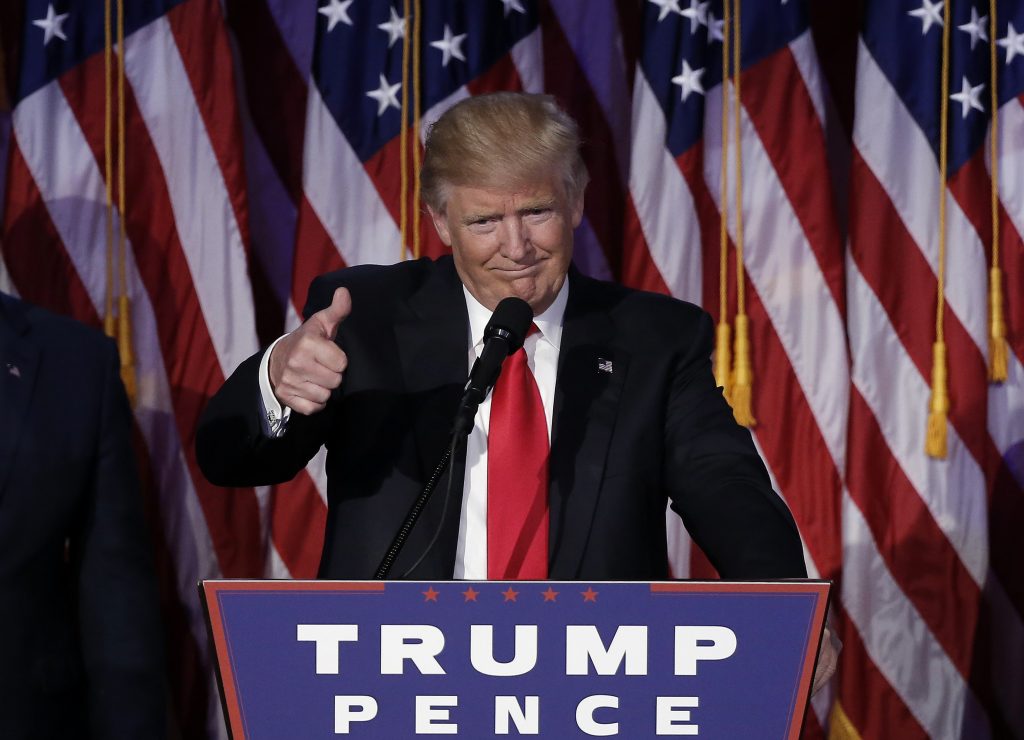 At a speech in Gettysburg, Pennsylvania, last month, then-Republican presidential nominee Donald Trump released his plan for his first 100 days in office. At the time, Trump was trailing Hillary Clinton in the polls, and the likelihood of him winning the presidency — according to pundits, pollsters and most strategists on both sides of the aisle — seemed remote.

But Trump won. Now, as the president-elect moves forward with his transition to the White House in January, Americans are paying more attention to his 100-day plan to figure out what Trump plans to do, and how he might do it. RELATED LINKSWhat Trump owes his supporters, and now, the country 5 things that explain Trump’s stunning victory What does Donald Trump believe? Where the candidate stands on 10 issues

The plan, called the “Donald J. Trump Contract With The American Voter”, has two parts. One is a list of 18 measures, many of them through executive action, that Trump would take on his very first day as president. This list include a proposal to place term limits on members of Congress, remove restrictions on domestic oil and natural gas production, and renegotiate or withdraw from the North American Free Trade Agreement, or NAFTA.

On his first day, according to the plan, Trump would also “cancel every unconstitutional executive action, memorandum and order issued by President Obama.” Though Trump did not specify how he would undo Obama’s executive actions, he would presumably do so through executive actions of his own.

Additionally, Trump said he would begin the removal of 2 million “criminal illegal immigrants,” and “suspend immigration from terror-prone regions where vetting cannot safely occur” — a version of his controversial campaign promise to ban Muslims from entering the county.