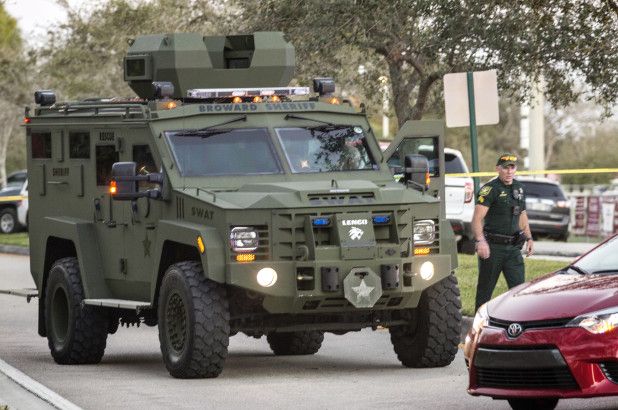 A pair of ​Florida ​SWAT team members have been suspended ​over their response to the deadly Parkland high school shooting — for rushing to the scene to help.

​The SWAT members are being disciplined for jumping into action and racing to the rampage scene without permission, officials said.

The Miramar Police Department officers, identified by the Florida Sun-Sentinel as Detectives Jeffrey Gilbert and Carl Schlosser, did not advise supervisors that they were going to Marjory Stoneman Douglas High School, where confessed mass murderer Nikolas Cruz allegedly wiped out 17 ​students and staff and wounded another 16 ​people on Feb. 14, department spokeswoman Tania Rues said Wednesday.

The detectives’ suspension only applies to the SWAT team, said Rues, adding that they’ll remain on active duty for other assignments.