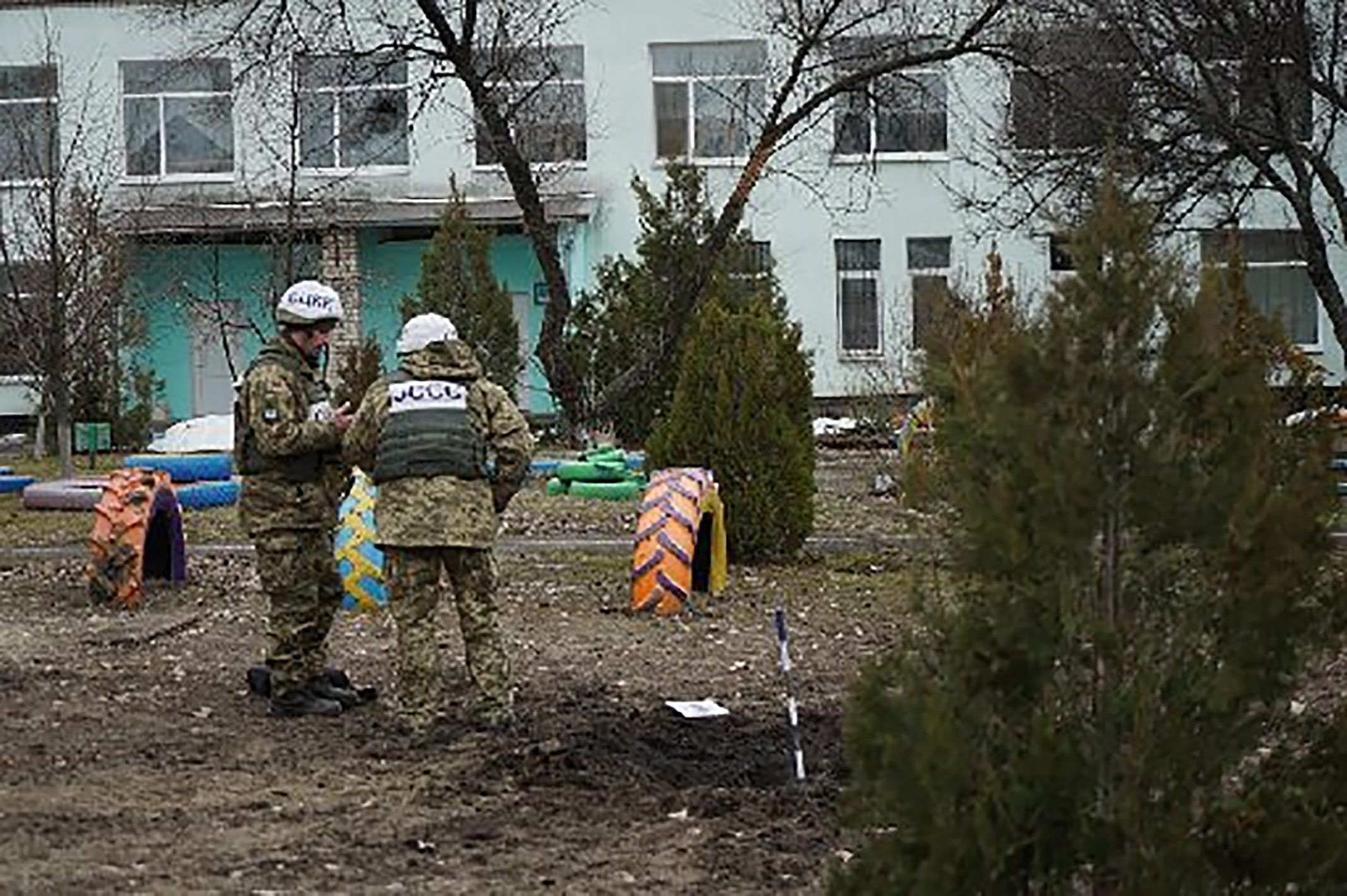 Both Ukrainian armed forces and separatists controlling parts of eastern Ukraine spoke of renewed shelling in the region early Thursday.

Video and images confirmed by CNN show that a pre-school in Ukrainian-controlled territory was hit by a shell Thursday.