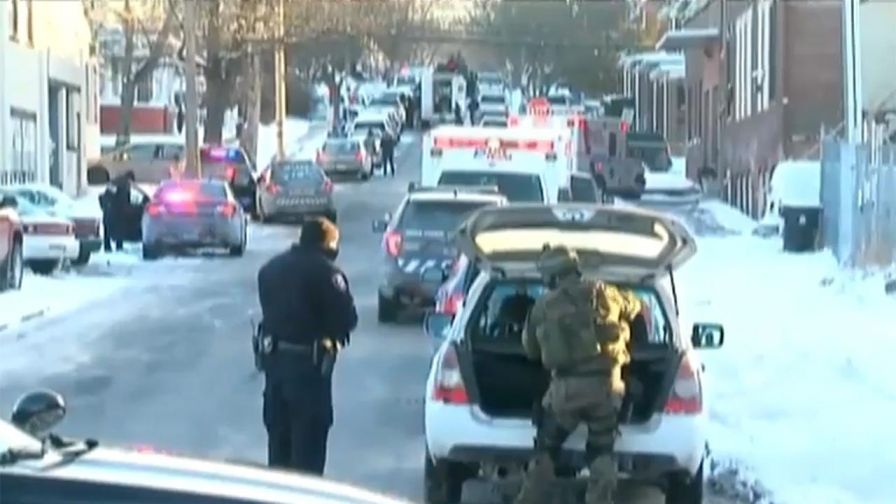 DA says multiple officers have been hospitalized in Harrisburg.

A “hero” U.S. marshal was shot and killed and another police officer was wounded Thursday morning in Harrisburg, Penn., when gunfire erupted during the service of a warrant.

Another Harrisburg police officer was also struck, but he was not wounded due to protective body armor, authorities said in a news conference. His name was not released.

Christopher D. Hill, 45, an Army veteran who was part of the U.S. Marshals Service for 11 years, was killed after being shot while serving a warrant at the Harrisburg house around 6:10 a.m., the agency said. An arrest warrant was being served for Shayla Lynette Towles Pierce, who was wanted for allegedly making terroristic threats.

Another man who was in the house — when Pierce was being taken into custody — fired his gun from inside the house, striking Hill and York City police officer Kyle Pitts. Hill was taken to the hospital and pronounced dead about 20 minutes later. The shooting suspect was killed by return fire during the incident.

“[Hill] was a devoted public servant who dedicated his life to making his community and this nation safer. We will never forget his commitment and courage,” David J. Anderson, Acting Deputy Director of the U.S. Marshals Service, said. “The nation lost a hero today.”