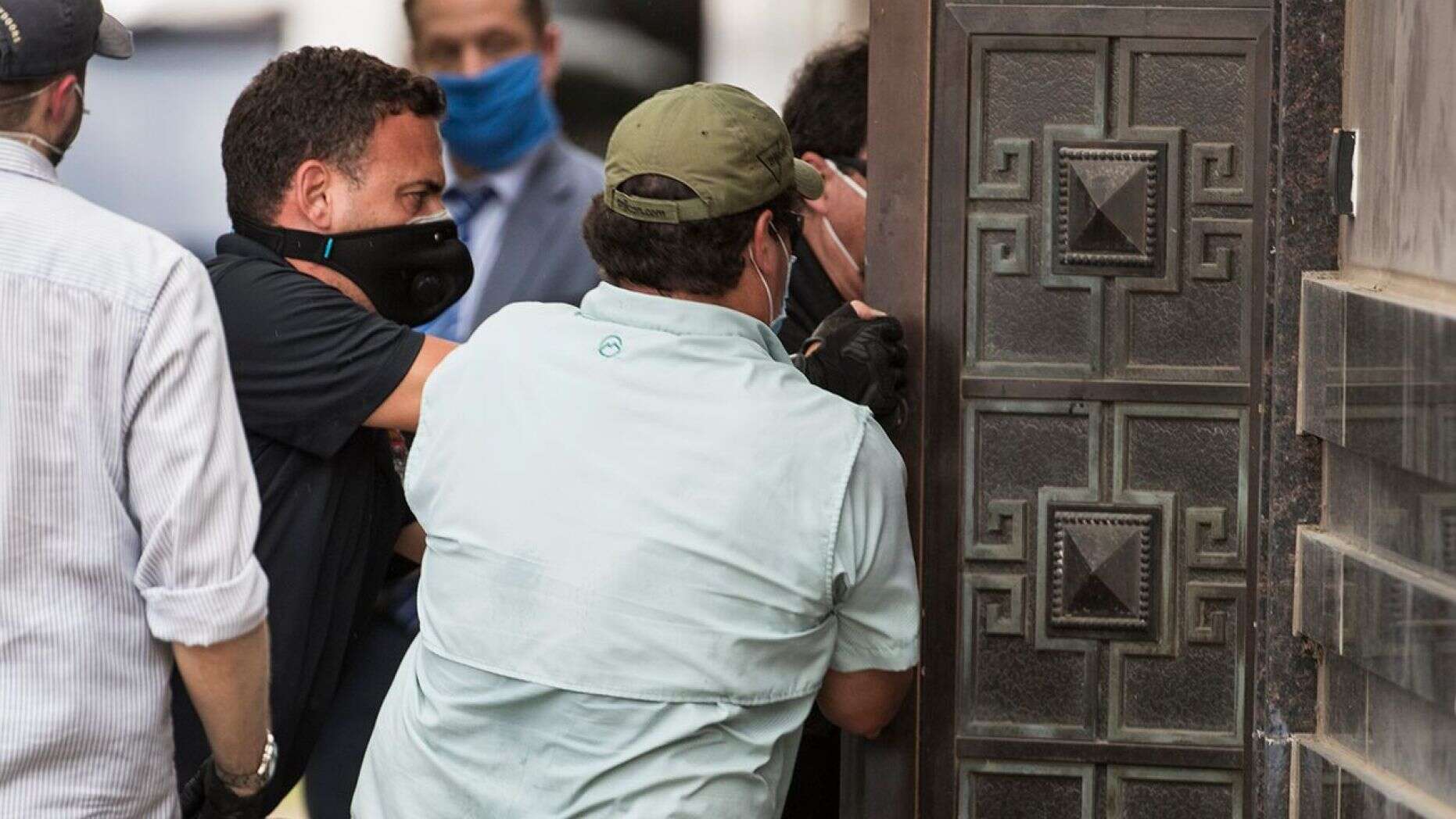 U.S. officials pried open the doors of the Chinese consulate in Houston on Friday and took over the building shortly after Chinese officials vacated the facility on orders from the Trump Administration.

Federal officials and local law enforcement surrounded the Houston facility Friday afternoon as the Chinese officials moved out of the building that the Trump Administration contends was a hub of spy activity by the Chinese Communist Party.

Forty minutes after the 4 p.m. eviction deadline passed, U.S. officials broke into a back door of the consulate and a man believed to be a State Department official led the way of the U.S. takeover, the Houston Chronicle reported.