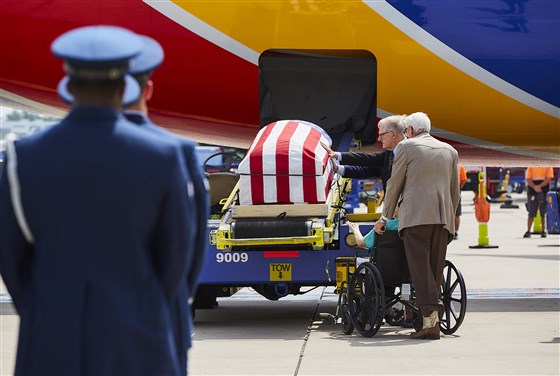 The older Knight enlisted in the United States Air Force in 1948, just after his 17th birthday, following in the footsteps of his five older brothers, according to his obituary. He was accepted for pilot training at Laredo in 1957 and served as a fighter pilot in Germany and France before returning to Texas as an instructor a few years later.

He received his orders to go to war in 1966 and was deployed to Udorn Royal Thai Air Force Base, from where he flew daily combat missions.

On his mission in Laos, he was hit by anti-aircraft fire. The plane burst into flames and U.S. authorities were unable to retrieve it in the hostile territory, according to The Defense POW/MIA Accounting Agency (DPAA).

The site of his crash was first excavated in 1994 and revisited several times over the years. Human remains were found in January and February this year while a joint U.S./Lao People’s Democratic Republic team were working on the area.