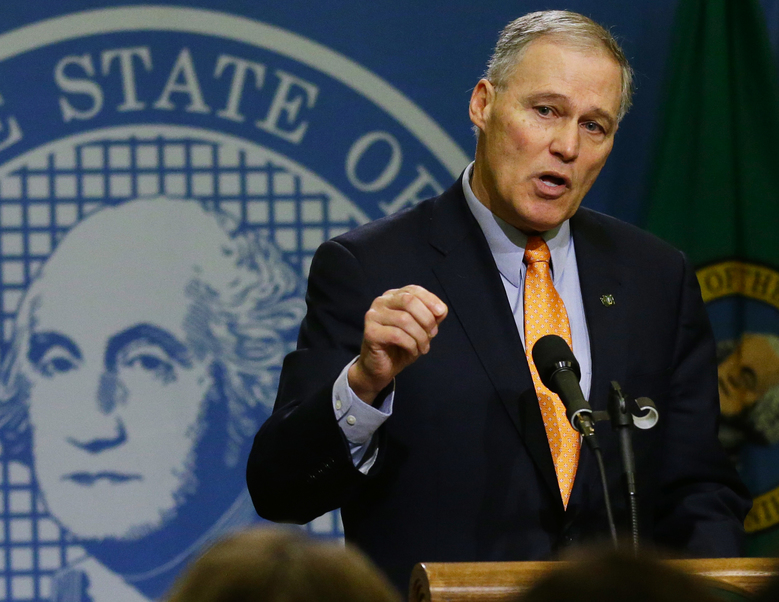 The order is part of an effort by Inslee and other Democrats to hinder President Donald Trump’s aggressive moves against immigrants who entered the country illegally.

It remains to be seen if the order — which seeks to prevent the use of state resources to aid widespread deportations or the creation of a national Muslim registry — will have any concrete effects.

The order will not change current practices of the Washington State Patrol or the Department of Social and Health Services, officials at those agencies said.

But in a news conference, the governor said the order sends a message about Washington state’s values.

“This executive order makes clear that Washington will not be a willing participant in promoting or carrying out mean-spirited policies that break up families and compromise our national security and, importantly, our community safety,” Inslee said.