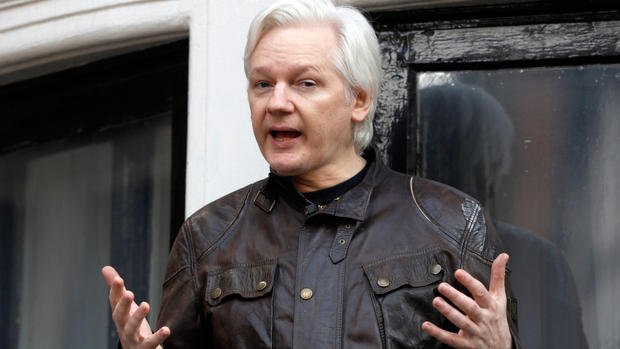 WikiLeaks founder Julian Assange faces extradition to the U.S. in an upcoming trial.

Assange’s partner, Stella Morris, held a press conference ahead of the hearing in London Monday. She began by remarking on the abhorrent condition she found him in a Belmarsh prison, where he has been incarcerated for the past 2.5 years.

“I was quite taken aback by how this he was,” said Morris. “He was wearing a t-shirt so I hadn’t seen his arms for a long time. So, I could see how thin he got.”

Morris went on to express her fears of what could happen if Assange should be moved to the U.S. She likened his possible fate to that of Saudi journalist Jamal Khashoggi.

“It is now known that the CIA was plotting to murder Julian and kidnap him, and carry out completely illegal acts just like the Saudi government did to Jamal Khashoggi and actually carried out the murder,” said Morris. “The CIA was planning to do the same against Julian.”